On February 25, 2015 the Panjshir Valley in Afghanistan had an avalanche cycle that killed at least 168 people.  The reports at the time claimed over 200 dead making international headlines. A few weeks ago I visited the valley and wrote this "Official" report. I wrote it for Hameed Habibi who runs the Afghanistan Avalanche Control Team at the Salang Tunnel.

The fatality numbers (168) are the best we could gather based on interviews. If anything, they might be slightly understated. 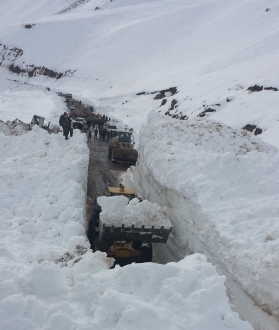