On Saturday, April 14th at approximately 10:30 a.m., a solo skier exited the south boundary of Bridger Bowl Ski Area and hiked to the north summit of Saddle Peak (9100’). Around 10:50 a.m. he dropped off the summit to the east and triggered an avalanche which caught and carried him 1500’ vertical down a steep, narrow, common avalavalanche path was buried at the toe of the debris. A person on Schlashman’s Chairlift (one mile north of Saddle Peak) watched the skier get swept out of view after triggering the slide.slidewitness alerted the ski patrol at the top of the lift who then notified Gallatin County Search and Rescue (GCSAR) before talking to three individuals returning from Saddle Peak and confirming the skier was missing. Three ski patrollers responded as volunteers for GCSAR, picked up the buried skiers beacon signal and as they got close saw a gloved hand at the snow surface. His head was 1 ½ feet below the surface and there were no signs of life. He was buried for approximately 75-minutes. The victim had an avalancavalanche transceiverl and probe, probeo partner. The avalanche is classified as SS-ASu-R3-D2-I. 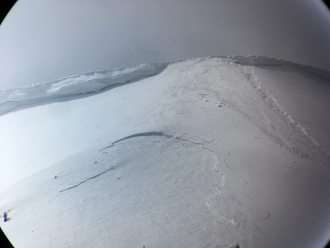 This slide was triggered by the first skier of day off Saddle Peak. The skier was 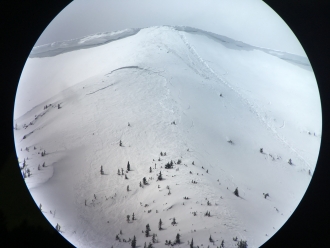 This slide on Saddle Peak resulted in a fatality. It was triggered by a solo 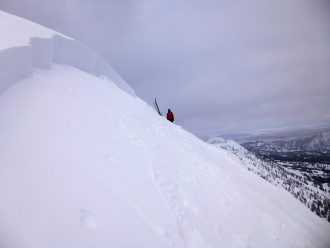 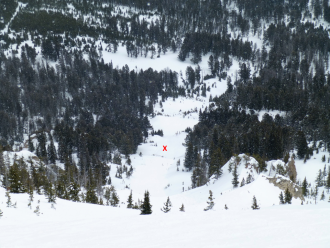 Looking down the path with the burial location marked. Photo GNFAC 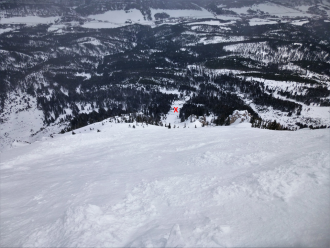 Looking down the path from the crown. The "X" marks the burial location. Photo: GNFAC 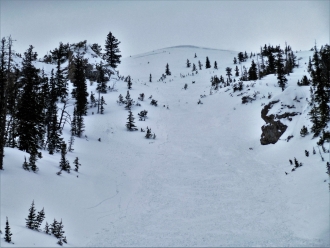 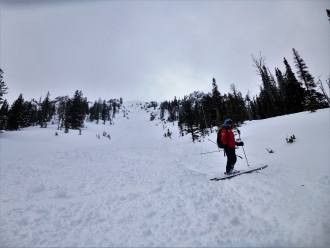 Looking uphill about half-way down the path. The crown can be seen at the skyline 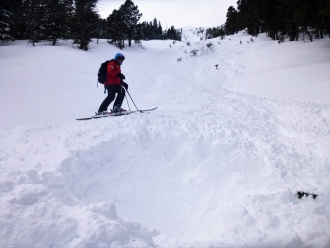 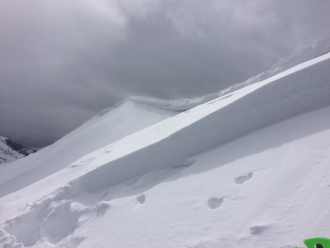 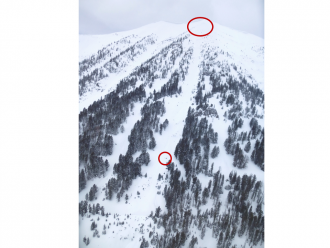 Both the crown and the victim's location are marked on the photo. The skier was 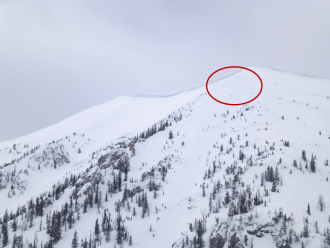 The avalanche was triggered by a solo skier, the first tracks of the day. The 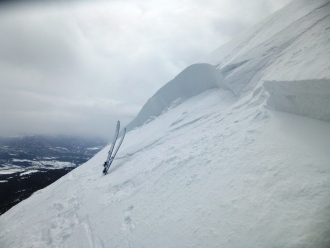 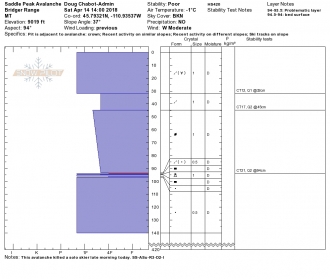