Published in the February 2015 issue of The Avalanche Review.

One night in 1981 Doug Richmond and Tom Pratt decided to offer an avalanche class at Montana State University for both students and people living in the community. Seven nights of lectures for $7. At the time a beer was a dollar, and they figured each lecture was worth a beer. Since then, Ron Johnson, Scott Gill, and Karl Birkeland, Doug Chabot, Mark Staples, Eric Knoff, Jay Pape, and Alex Marienthal have been instructors.  Now, 33 years later, we only charge $30. The class has four lectures over two nights followed by a field day just out of bounds at Bridger Bowl which has been a supporter of the class from the beginning with MSU.  In the last ten years, we have taught this class to more than 3,000 people. It is called Introduction to Avalanches with a Field Session.

In recent years we noticed few people had snow saws, a necessary tool for good stability tests. We considered selling saws at the class. As the Extended Column test became popular and only required a piece of cord, we started giving a piece of cord to every student in the class. We teach them to perform an ECT and see if it propagates or not. We teach them to do it quickly and do it at least once every day they go out.

We sent the survey to 578 students total and got response rates ranging from 20% to 44%. 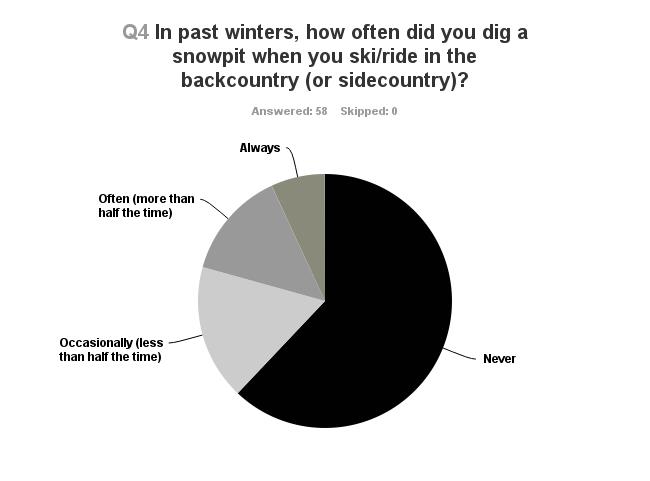 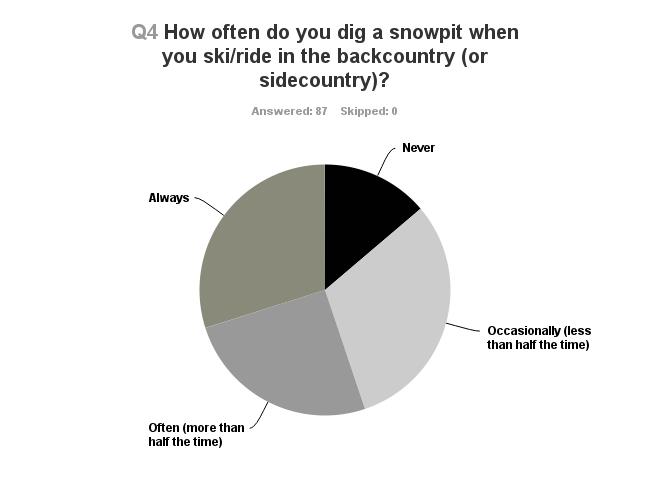 Caption: Students who had taken the class within the last two years and had at least one season of travelling in the backcountry reported how often they dig snowpits: Never (14%), Occasionally (31%), Often (25%), and Always (30%). 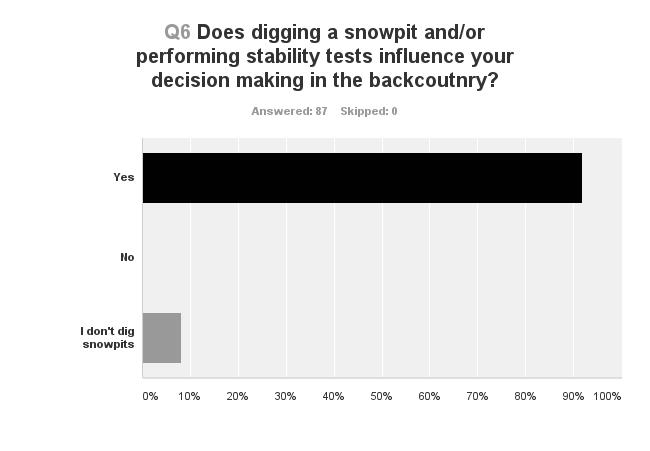 Caption: EVERYONE who digs snowpits and performs stability tests says it influences their decision making.  Very similar results came from the group that had not taken the class except a larger percent reported not digging.

60% of the students who had taken the class carry knotted cord in the backcountry. 65% of them took he class when we handed out cord for cutting Extended Column Tests. Even for the group that had not taken the class, 20% reported carrying knotted cord.

We will re-survey the second group in the spring after they have taken the class and had a season of travelling in the backcountry. We will also survey they next class in January, both before the class and at the end of the season.