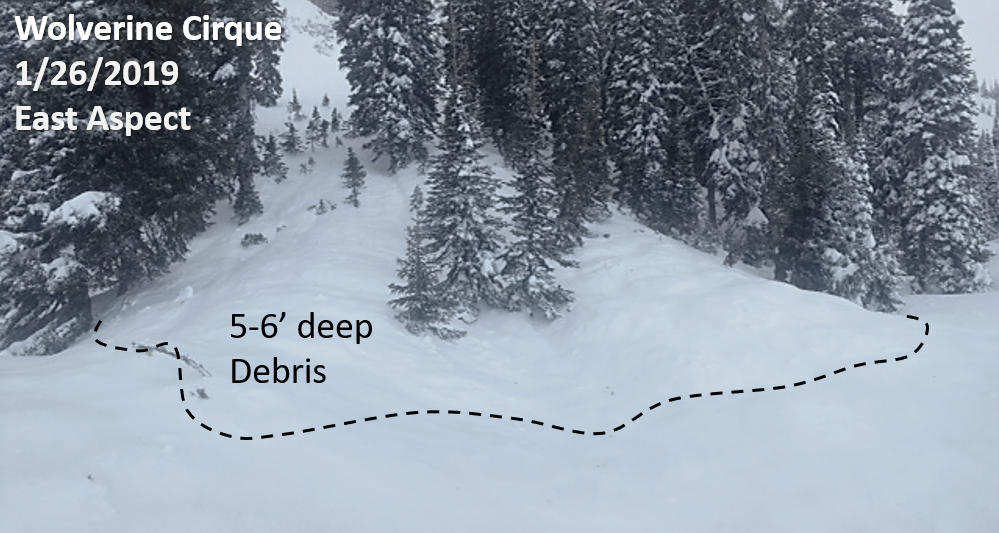 A group with the MSU advanced avalanches class found multiple slab avalanches that released at various times during this week's storm. Three of the slides ran for a large portion of their slide path. This debris pile was from an avalanche that likely failed Friday morning, and was large enough to break small trees in the slide path. Ski tracks nearby suggest this avalanche was skier-triggered. Photo: A. Schauer