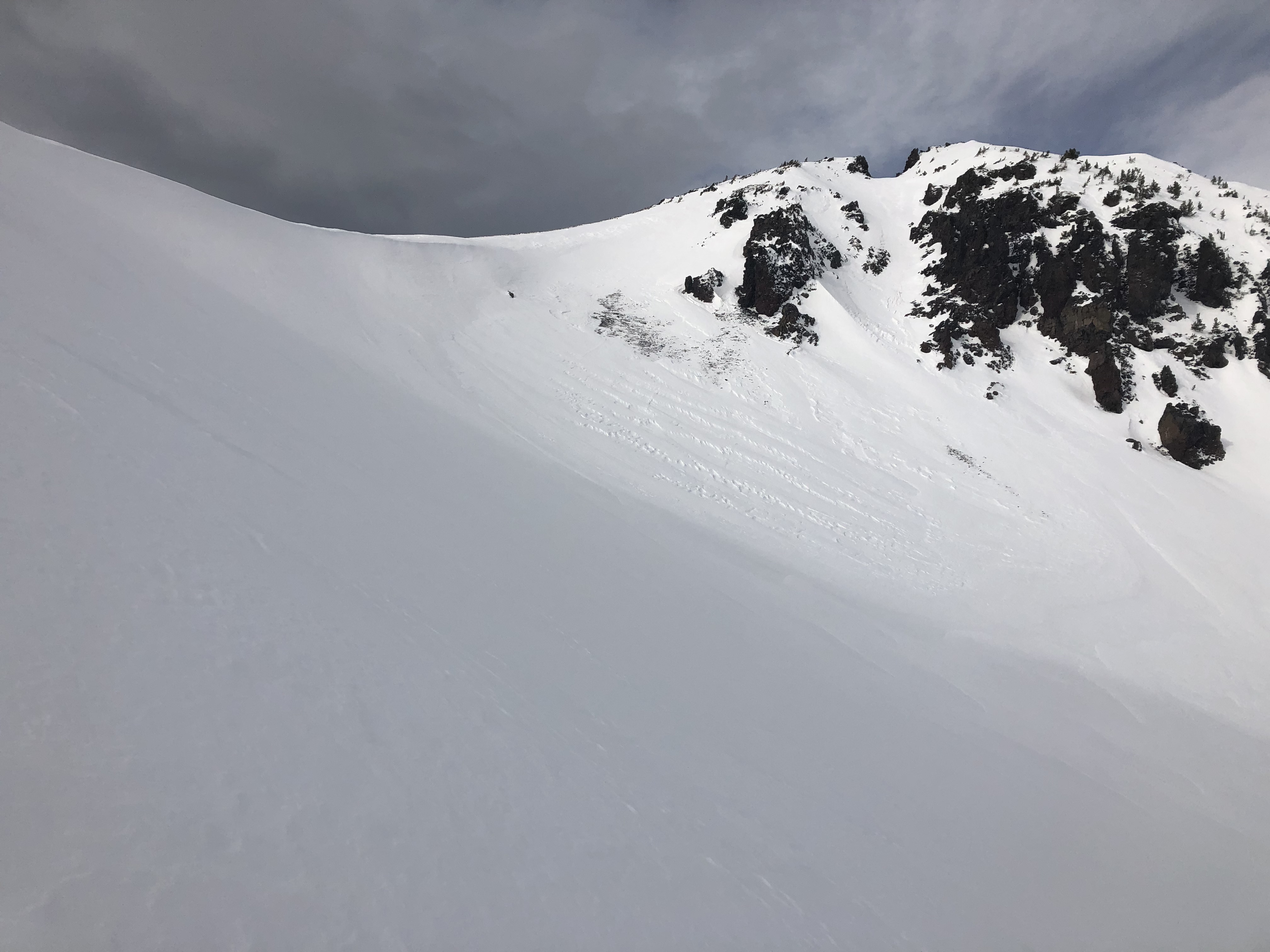 From obs: "Went for a tour up to Hyalite Basin. No recent sightings of avalanche activity in the basin. There was substantial wind effect on East aspects at 9,000 feet including a dense 3 inch wind layer that was present up to the saddle, which did not propagate in our ECT. We observed a crust layer on south aspects at 7,000 which likely formed before the most recent snow." Photo: Tommy Saulnier