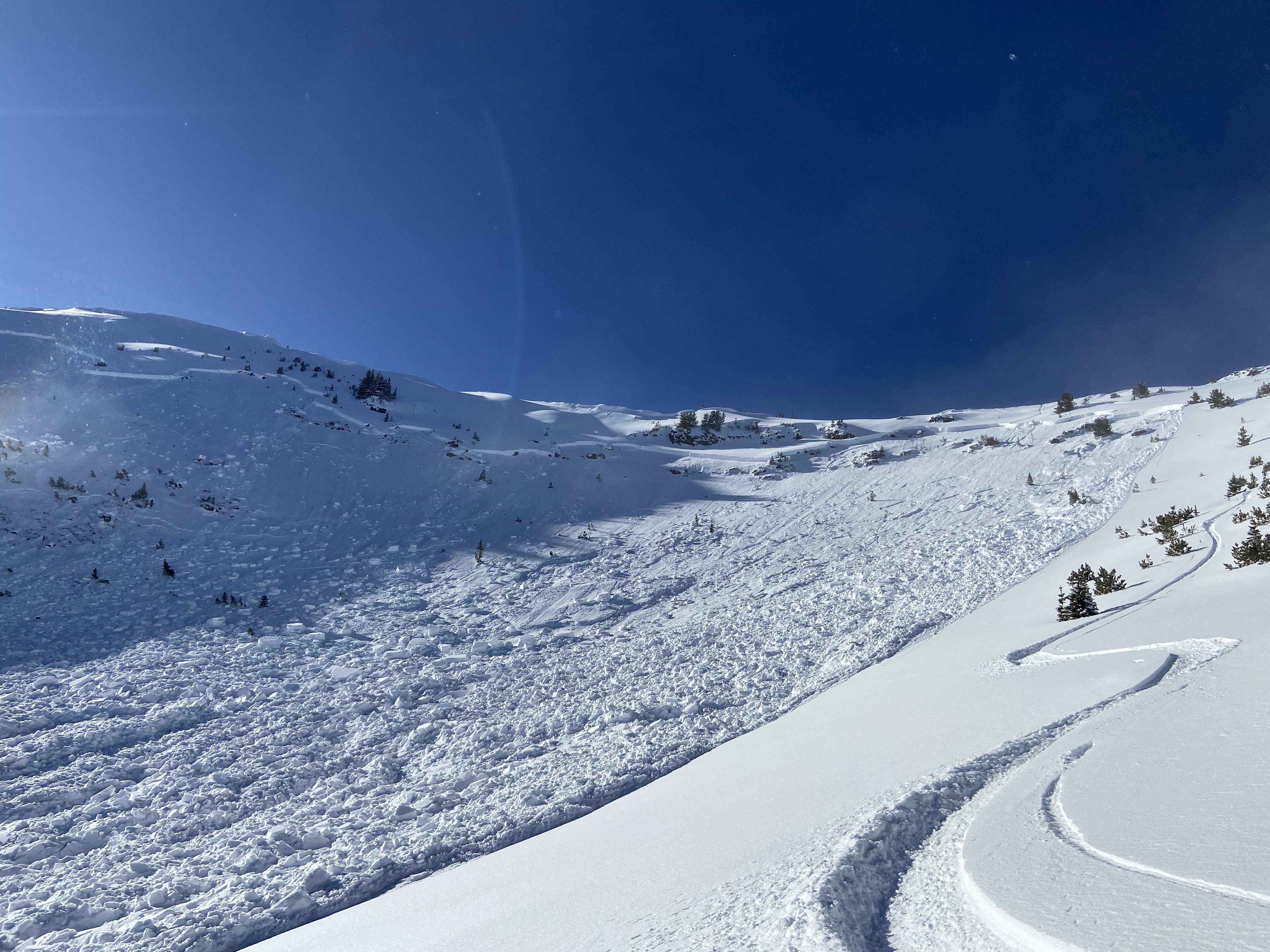 From obs: "We dug a pit and found a really weak snowpack! Regardless of the poor stability result, we proceeded to ski an East facing bowl south of Flanders Mountain knowing that the slope angle was low and only flirted with 30 degrees in some parts of the bowl.... My partner skied first, he skied practically all the way back to the skin track when the slope failed and the entire bowl released. He was pretty well out of the way of danger by the time the bowl began to move. From our perspective, the trigger happened at the bottom of the slope. The bowl was not the only slope that slid, the avalanche propagated around the ridge and released a slide on the more south-easterly facing aspect just south of the bowl. We tail-tucked and went home glad no one was caught or hurt."