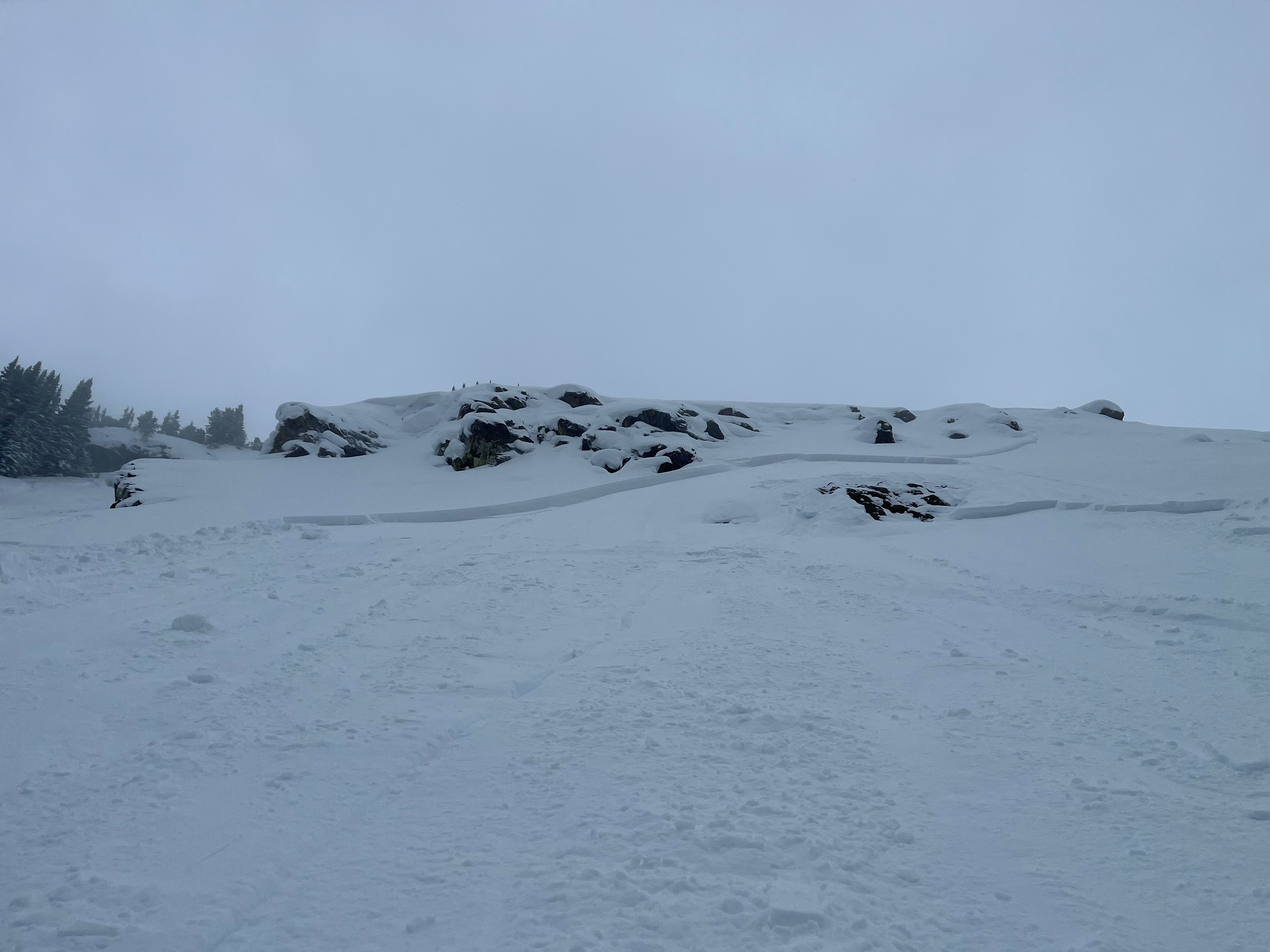 From Obs: "A group of six of us were sled-skiing in Goose Creek today and I triggered a soft-slab avalanche on a wind loaded slope. We had skied 3-4 runs in the trees before lunch and had seen little to no signs of instability. We'd come to this area three days earlier to dig pits and found the PWL noted in avalanche report for Cooke City. There was an older crown about ~5 days old clearly visible in the bowl we decided to ski after lunch. I dropped in and skied off a cliff just to lookers left of the crown "triangle" and when I landed I triggered the avalanche. It broke roughly 60 feet wide with a crown depth of 12-16". I was able to self arrest less than 20 seconds after the avalanche started and the snow slid around me. I lost a ski but was otherwise unharmed. I also had an airbag but did not need to pull it." Anonymous