ECTP 14 below new snow on buried crust near Cooke City 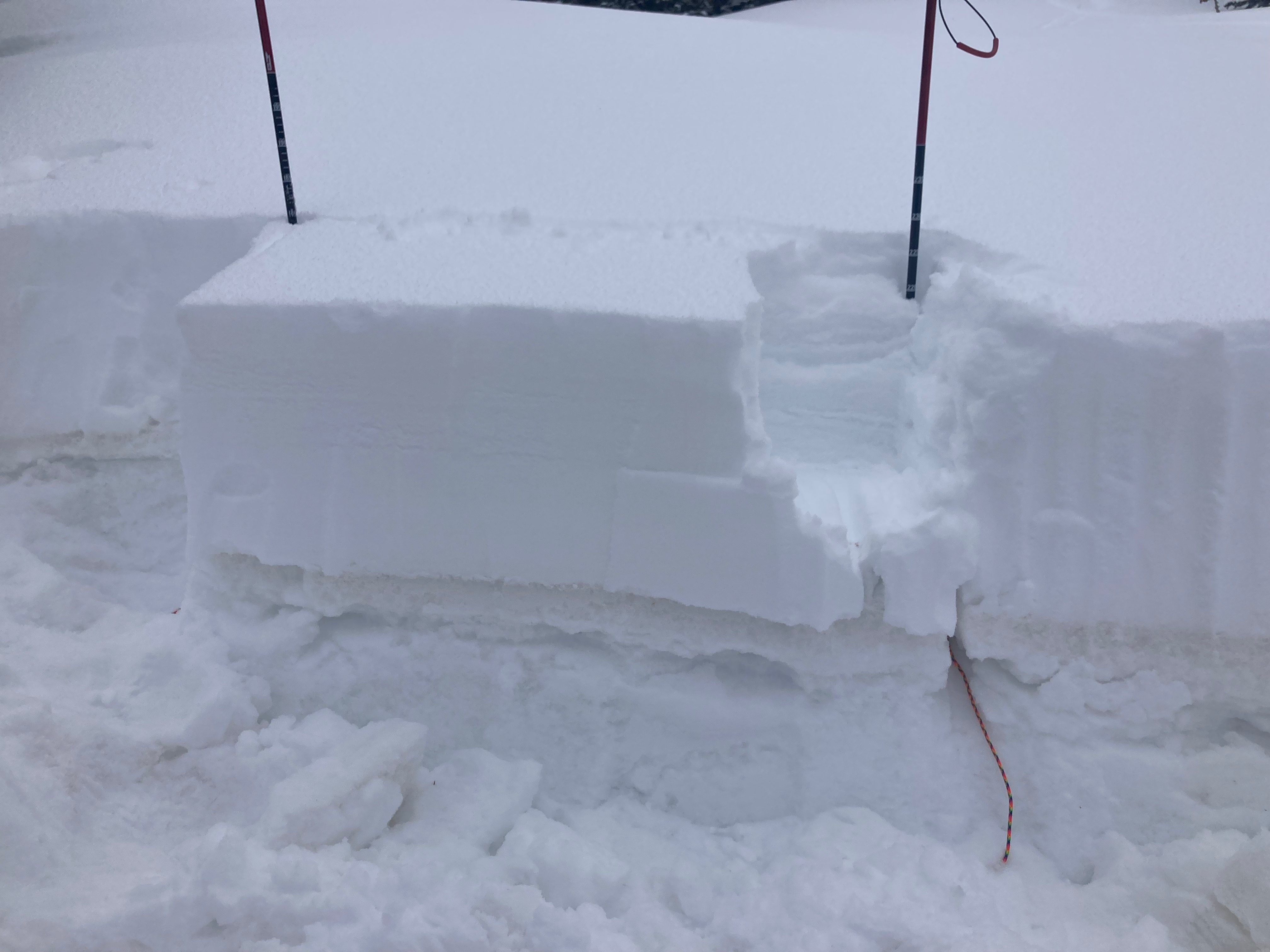 From obs 4/16/22: "My partner and I observed relative instability (ECTP 14) on a thick ice crust on a SW-facing slope at the base of Henderson Ridge. In addition to the propagation, there was a fracture at the new snow interface roughly 10cm deep, which was noticeably less consolidated than the snow between it and the buried sun-crust. We did not witness any cracking or whumphing along the skin track and decided to ski a similar aspect. As we quickly navigated across a steep, 33-degree slope, two small loose slides broke from under our cuts, each roughly 10' across and traveling 30'. Each of these broke on the shallower new snow that rendered a fracture in our ECT."