The mountains have a patchy distribution of 4-10” of snow above 8,000’ (photo and weather log). More snow and freezing temperatures are forecast for this weekend and early next week. Temperatures will be in the 40s F on Friday and cool through the weekend to highs in the 20s-30s F and lows in the teens-20s F. By Monday the mountains near Bozeman, Big Sky and Cooke City will have 6-16” of new snow.

Check our weather stations in Cooke City and Hyalite for hourly temperature and wind data, and you can find snowfall data via SNOTEL sites throughout our advisory area.

If this weekend’s storm delivers snowfall amounts near the higher end of the forecast, people skiing or hiking in the mountains will be able to trigger avalanches. Be cautious of steep slopes with deeper snow, especially where there are thick drifts. This is difficult if your goal is to ski, because slopes with deeper snow have the best coverage of natural obstacles. A small avalanche can cause season ending injuries if it carries you into exposed rocks or trees. Travel and prepare for avalanches like you would in the middle of winter.

Recall that accidents are not uncommon with early season snow and have injured skiers, climbers and hunters. Read accident reports from previous early season accidents before you venture to the snowy hills. This accident report from October 2012 in the northern Bridger Range is chock full of useful lessons. This report from the tragic fatality nearly two years ago in early October is a somber reminder of the potential consequences of even a small avalanche.

Plan to attend one of many avalanche education courses listed on our calendar. You can jump start thinking about winter recreation at the 5th Annual MSU Snow and Avalanche Workshop on October 9th in SUB Ballroom A.

Don’t forget to buy tickets for the 21st Annual Powder Blast Fundraiser on October 25th at The Emerson Ballroom.

We are preparing for winter, scheduling avalanche classes, and setting up weather stations. If you have avalanche, snowpack or weather observations to share. Please submit them via our website, email (mtavalanche@gmail.com), phone (406-587-6984), or Instagram (#gnfacobs).

Read accident reports from previous early season accidents before you venture to the snowy hills. This accident report from October 2012 in the northern Bridger Range, and this report from the tragic fatality nearly two years ago in early October are reminders of the potential consequences of even a small avalanche. 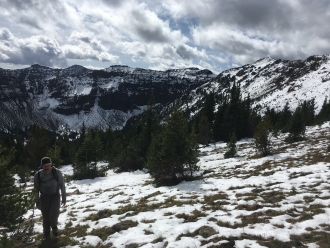 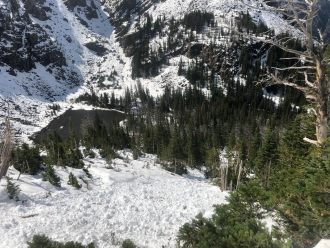 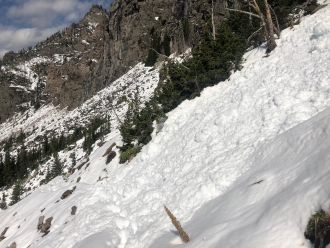 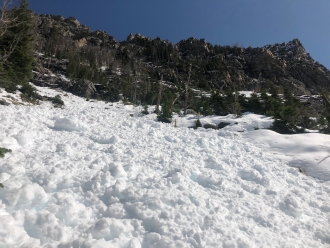