Good Morning. This is Dave Zinn with the Gallatin National Forest Avalanche Forecast on Wednesday, December 18th at 7:00 a.m. Today’s forecast is sponsored by Grizzly Outfitters and Spark R&D. This forecast does not apply to operating ski areas.

This morning temperatures are in the teens to low 20s F, winds are 15-30 mph from the south to west, and there is no new snow. Today will be partly cloudy with temperatures reaching the upper 20s to mid-30s F, and ridgetop winds will be 20-35 mph from the south. There is a chance for a trace to 1” of snow on Thursday near West Yellowstone and Cooke City, but the rest of us will be waiting until early next week to see what Santa brings.

Four days ago a rider on the south side of Mount Abundance near Cooke City had a very close call, the sled was trashed, but the rider walked away (photos and details), other riders triggered three avalanches on Crown Butte (photos and details), and, yesterday, ski guides went in to look at a large natural avalanche on the Fin (photo, profile). On Monday, Ian and Doug found an ice crust with weak facets while investigating the avalanches north of town (video). Dig down to assess for this weak layer before considering steep slopes or ride on lower angle terrain giving this weak layer time to become less reactive. It is still possible to trigger dangerous avalanches and the hazard is rated MODERATE in the mountains around Cooke City. Careful assessment and terrain management are necessary before considering any steeper slopes.

The snowpack structure in the Madison, Southern Gallatin and Lionhead Ranges does not inspire a lot of confidence. Yesterday, four days since the last snowfall, Doug and Karl experienced several large collapses at Lionhead, a sure sign of continued instability (profile) and, over the weekend, we received reports of natural and human triggered avalanches in the Taylor Fork (photos and details) and Slat Creek near Buck Ridge (details). In the field, we found weak faceted snow near the ground in Lionhead (video), at Buck Ridge (video), and the Taylor Fork (video). It remains possible to trigger an avalanche and, if you find the sweet spot, that avalanche could be large. The hazard is rated MODERATE, carefully assess the snowpack and terrain prior to committing to any steep slopes.

Moderate to strong winds continue in the Bridger and Northern Gallatin Ranges, but there is less snow available for transport today and a generally stable snowpack structure. While climbing the Dribbles this weekend Doug was primarily concerned with surface-level instabilities (video) and at Mount Blackmore Monday I was encouraged by stable test results and good snowpack structure (video). Dig a snowpit and perform a stability test to look for isolated instabilities before committing to avalanche terrain and be obsessed with the consequences of small avalanches by watching out for terrain traps like trees, cliffs, and gullies. The avalanche danger is rated LOW in the Bridger and Northern Gallatin Ranges. 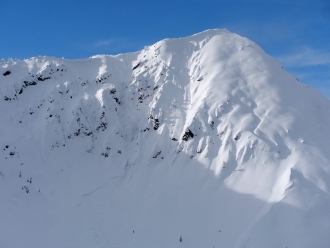 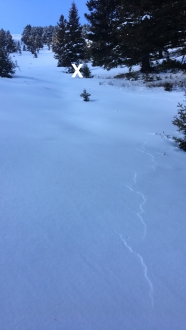 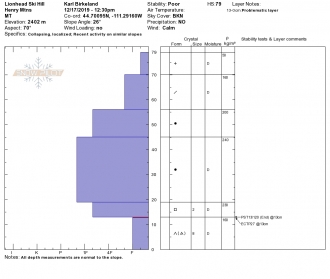 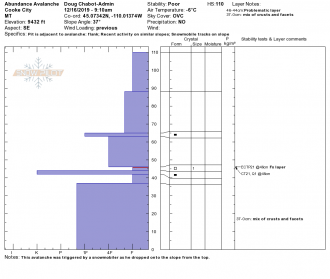