Good Morning. This is Alex Marienthal with the Gallatin National Forest Avalanche Forecast on Sunday, December 22nd at 7:00 a.m. Today’s forecast is sponsored by Gallatin County Search and Rescue and Knoff Group Real Estate. This forecast does not apply to operating ski areas.

Yesterday through last night wind was strong to extreme out of the southwest. Average speeds were 20-40 mph with gusts to 75 mph in Hyalite and 83 mph at Big Sky. This morning wind is south-southwest at 15-25 mph with gusts of 30-45 mph. There is no new snow and temperatures are high 20s to mid-30s F. Today temperatures will remain seasonably warm in the high 20s to high 30s F and strong southwest wind will continue at 25-45 mph. The next chance for snow is late Tuesday.

The mountains near Big Sky and West Yellowstone have a poor snowpack structure that contains buried surface hoar and weak, sugary snow on the ground. These buried weak layers make large avalanches possible to trigger. Yesterday skiers found these weak layers produced unstable test scores in Beehive (photo). On Thursday Ian went to Taylor Fork where he found improving stability, but the poor snowpack structure exists and makes it possible to trigger a large avalanche, despite less obvious signs of instability (video). Only ride steep slopes after careful terrain and snowpack assessment. Avoid complex terrain where an avalanche can have high consequences, and be extra cautious of heavily wind loaded slopes. Today human triggered avalanches are possible and danger is MODERATE.

In the mountains near Cooke City there is a weak layer of sugary snow in the middle of the snowpack that makes large avalanches possible to trigger (photo). Yesterday skiers south of Cooke City saw a recent natural avalanche that broke deep on this weak layer on a heavily wind loaded, northeast facing slope (photo). I found this poor snowpack structure on southerly aspects a couple days ago (video), but found a strong snowpack on northerly aspects. Before you leave home, look at recent photos, videos and avalanche activity on the Cooke City regional page to see types of terrain to avoid. In the field, dig to assess the snow structure and stability on slopes similar to those you intend to ride. Avoid slopes where you find or suspect buried weak layers. Today large human triggered avalanches are possible and danger is MODERATE.

The Utah Avalanche Center has posted the full accident report from last Sunday’s avalanche fatality near Park City. The report is available HERE. 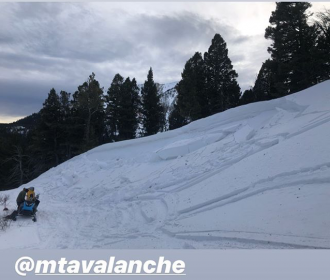 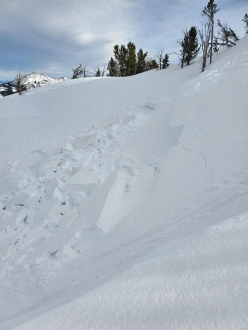 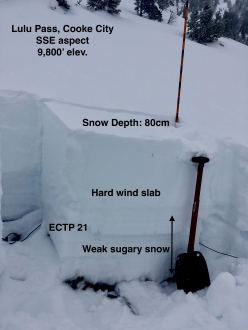 Near Cooke City, a poor snowpack structure has been found and produced avalanches on east, south 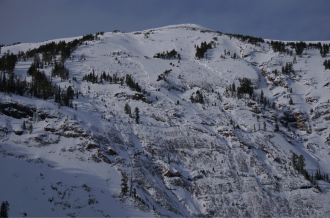 Skiers saw this recent avalanche on 12/21 in Hayden Creek south of Cooke City. It 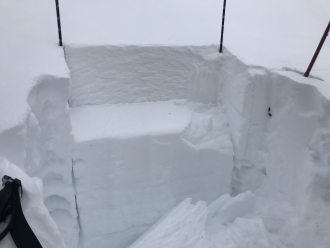 "At 9,400ft, in the cirque beneath the ‘Butt Crack Couloir’ on Middle Peak we dug