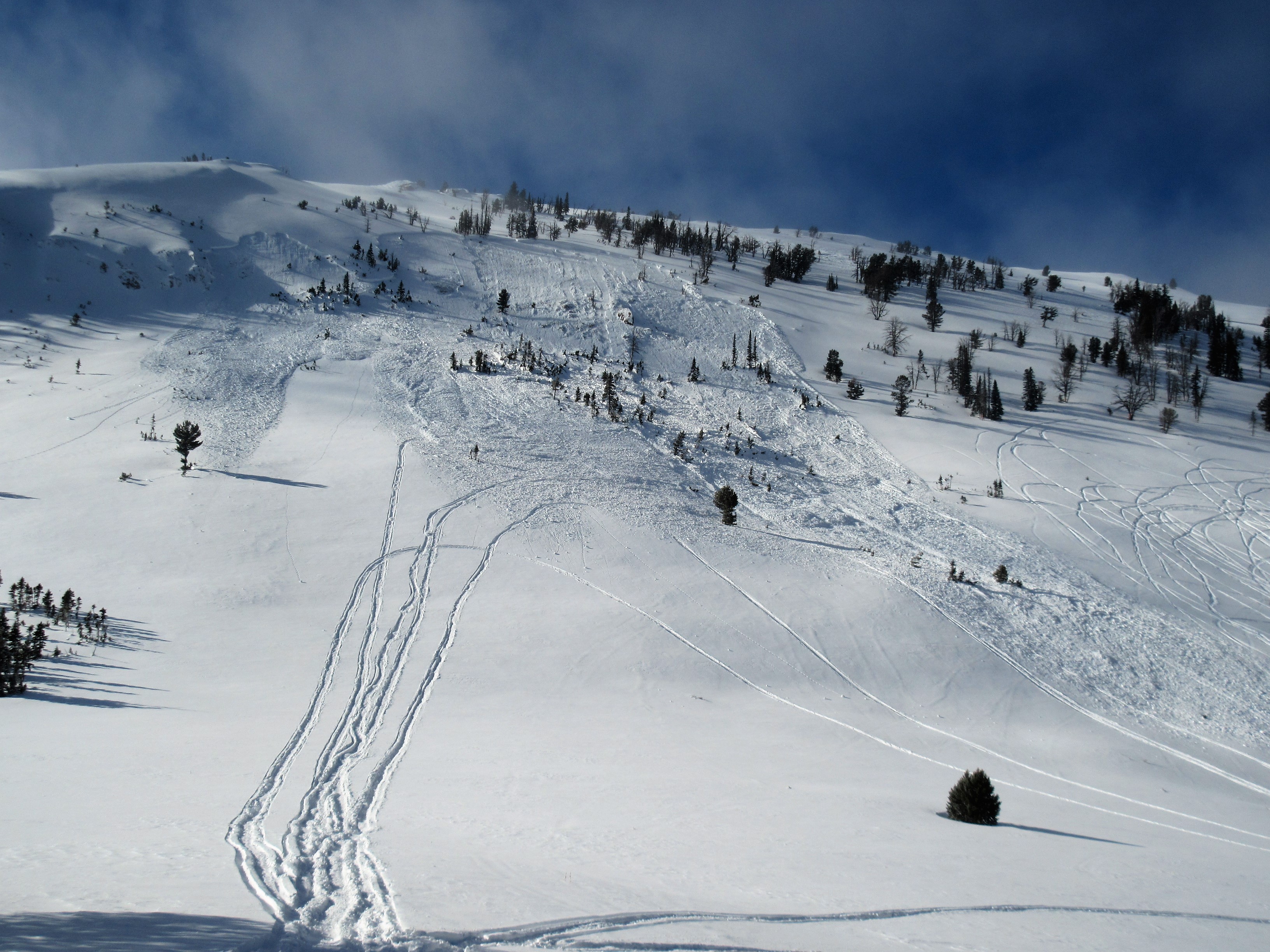 A snowmobile triggered avalanche that broke during the last week's avalanche cycle at Lionhead. Multiple (5+) Natural and snowmobile triggered slides were reported between 1/7 and 1/9. On 1/6-1/7 the area got a foot of heavy snow followed by strong winds. This loaded an unstable snowpack that is poorly supported by 1.5' of sugary snow on the ground. Avalanches broke 2-3 feet deep on this weak snow, and propagated relatively wide. Photo: GNFAC