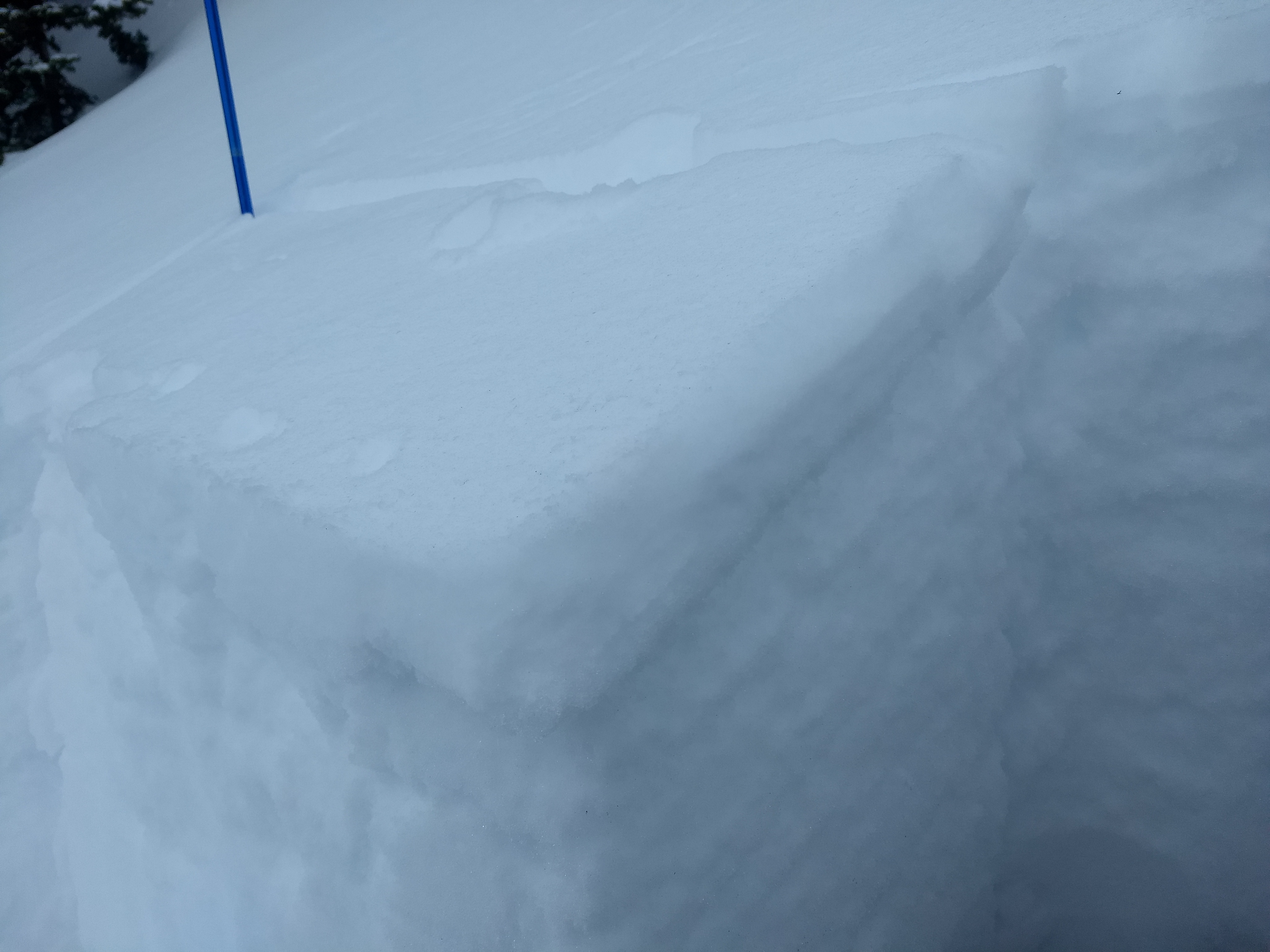 Obs from skiers in Hyalite: "A pit on a SE aspect at 9600' [near Flanders] was 75cm deep and looked pretty good, except for the crust near the surface that's sitting on top of some facets, which failed as I isolated the column. I did not notice any cracking, collapsing, or recent activity on this layer, but it will likely be something to keep in mind as we get more snow. We noticed the same crust atop near-surface facets on a N aspect in Maid of the Mist last weekend, although its crustiness varies, depending on aspect." Photo: S. Reinsel