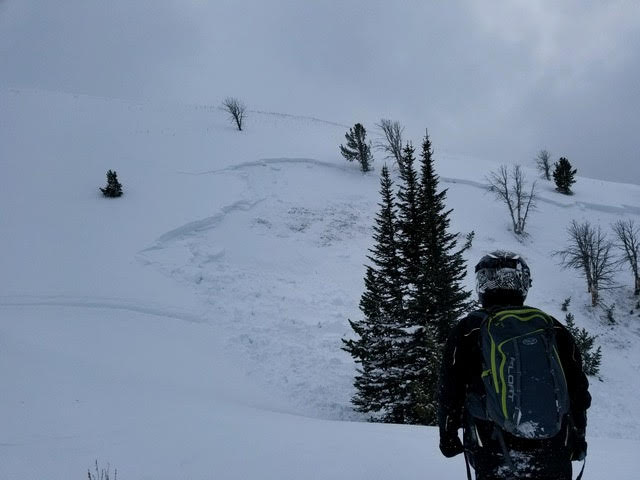 A large snowmobile triggered avalanche in the Gravelly Range (Outside of advisory area) on February 10th, 2019.

From email: "One rider was involved in the incident and was fortunate to be on the upper left side of the bowl when he saw the slide start. ... the crown was about 325 wide and varied in depth from 1 to 4 or 5 feet.  The ridge line was wind loaded and this was an issue we had discussed as a group and wanted to avoid.  We had read the reports for the day and knew that wind loading as well as a persistent week layer were both concerns. .... The rider involved entered the area from around where the road switchbacked and did not realize what was above him due to reduced visibility."