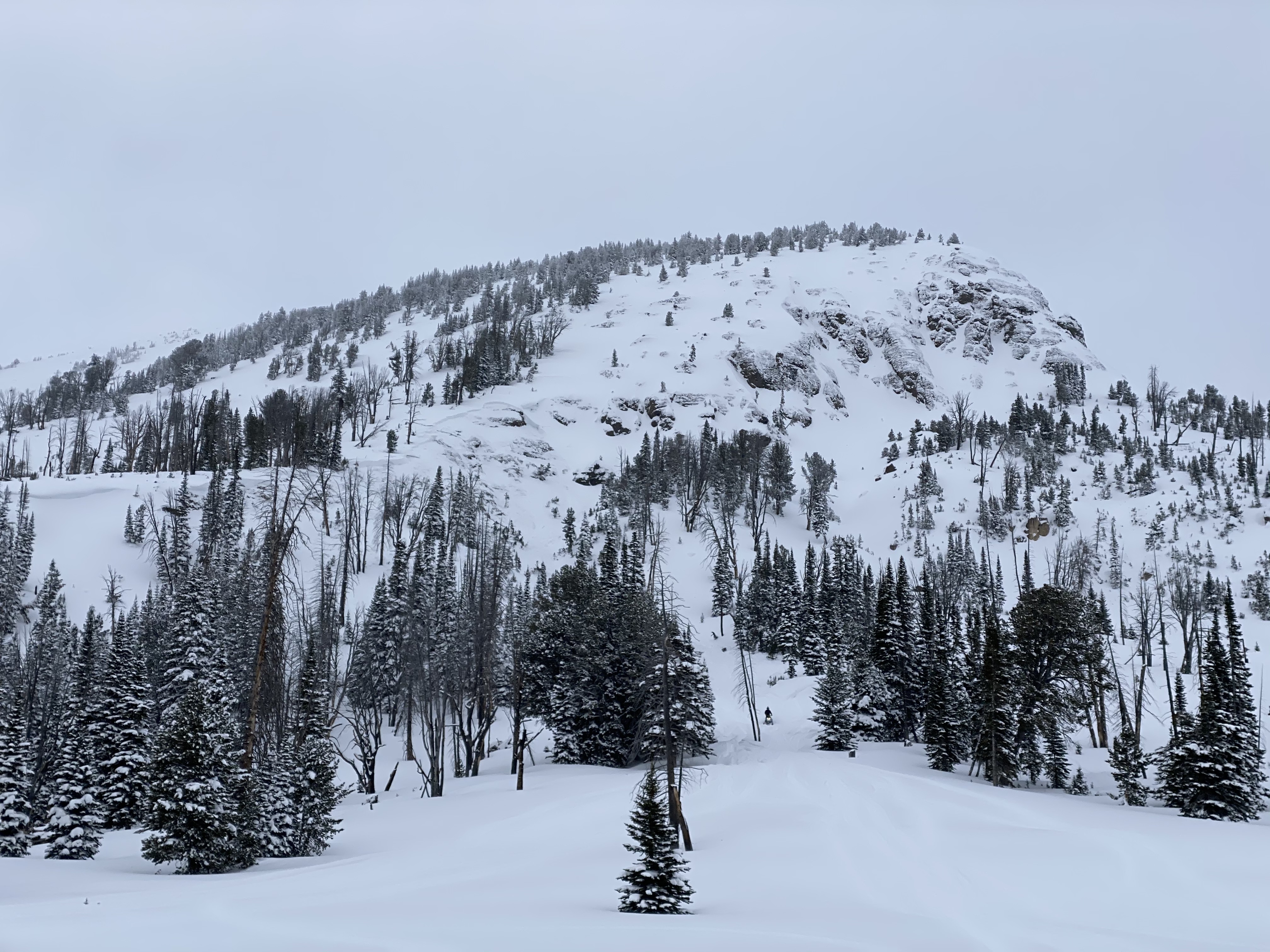 A rider triggered and was caught in this slide on 12/14 near Cooke City. From e-mail: "...Rider was approaching blind roll over from the top when slide was triggered at the visible crown.  Rider attempted to bail, but both the individual and machine were carried over and through the rocks and strainers below.  Rider and machine were deposited in the debris pile as seen in pictures.  Rider was unharmed.  Machine was pretty well trashed...." Photo: A. Bertolino