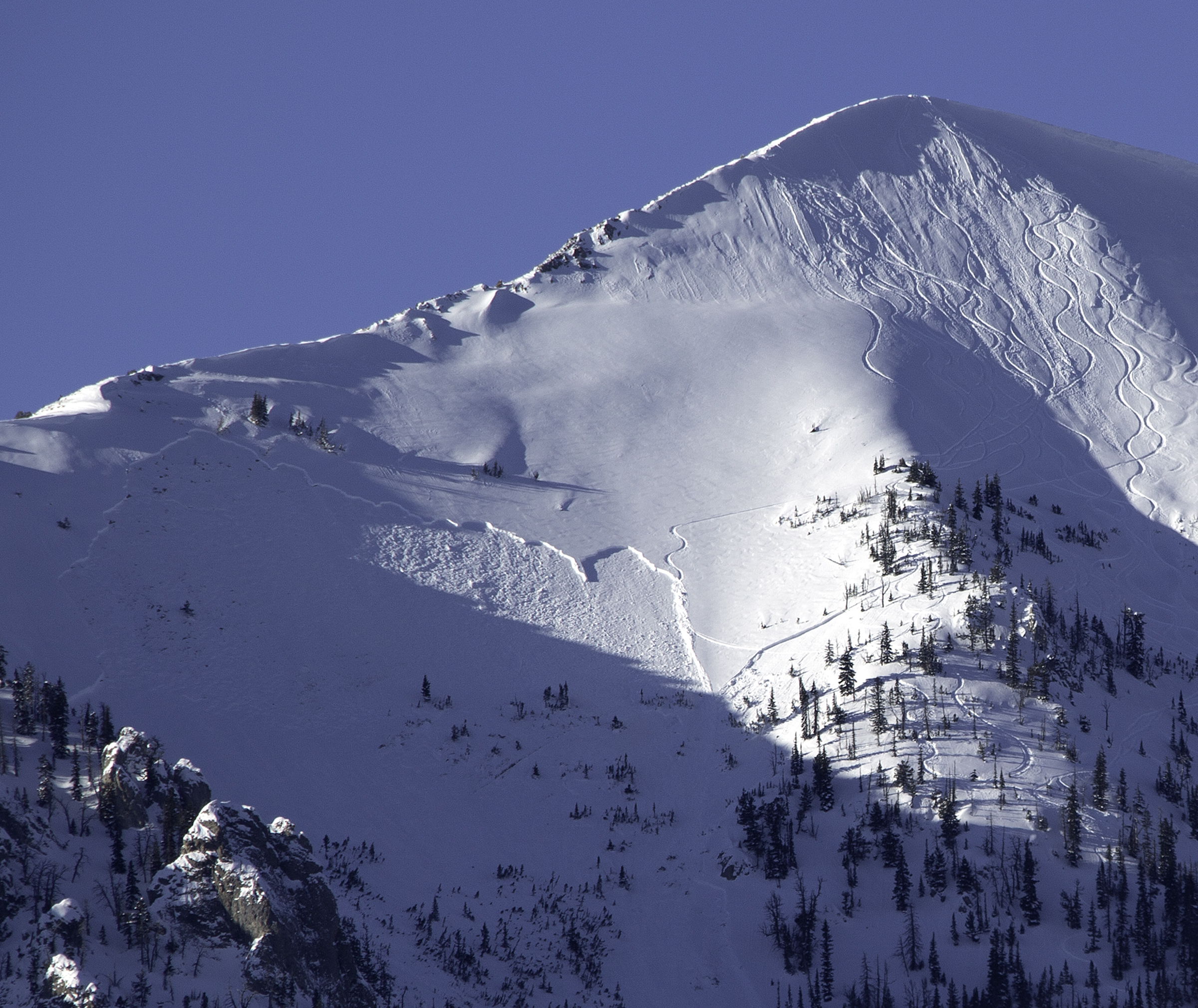 From e-mail: "Skiers triggered two separate slides on south Saddle this afternoon. we witnessed the smaller slide to the lookers right of the big slide, the bigger one happened later apparently... The first smaller slide was caused by a ski cut near the trees, fracture was about 2 feet, soft slab that seemed to run on a thin sun crust. below the sun crust was also very weak and sugary. Not sure when the second skier went farther out and triggered the whole bowl, but they got lucky!!" Photo: T. Andersen