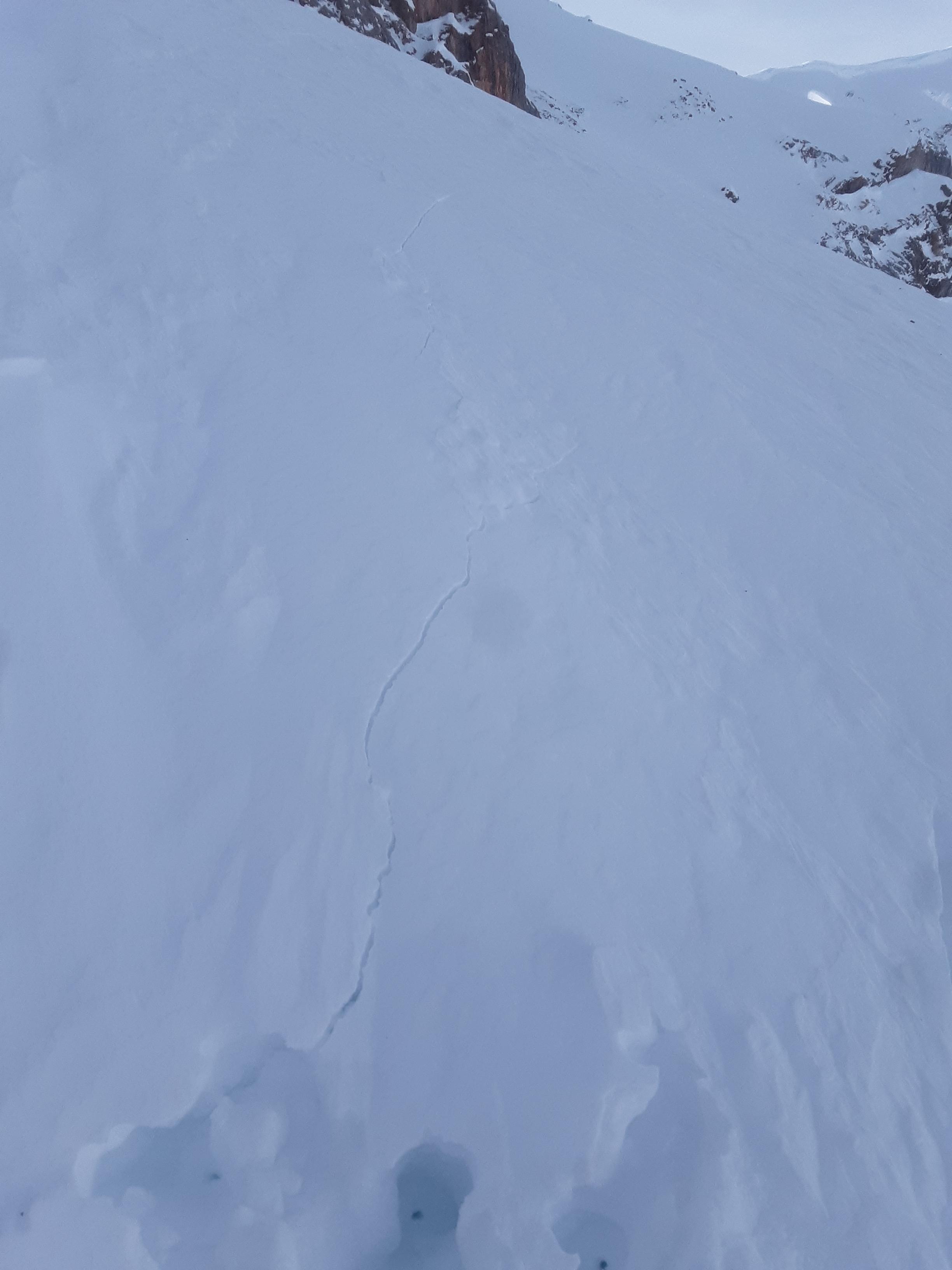 From obs: "On Thursday my group skied a few lines off the Lee side of skyline. Generally, all stability observations but one were good except for 1. We were skinning cross slope along the top of the apron toward the bottom of a couloir on the north aspect of White Peak to recon the couloir for possible ascent and skiing. As we approached the opening of the couloir, a large collapse occurred on a firm wind slab and a crack shot out across the bottom of the couloir an unknown distance. (We deemed it unwise to further investigate given the slope angle was nearly 40 degrees. It was quite puzzling the slope did not slide upon collapse and we were not about to further poke that bear.)