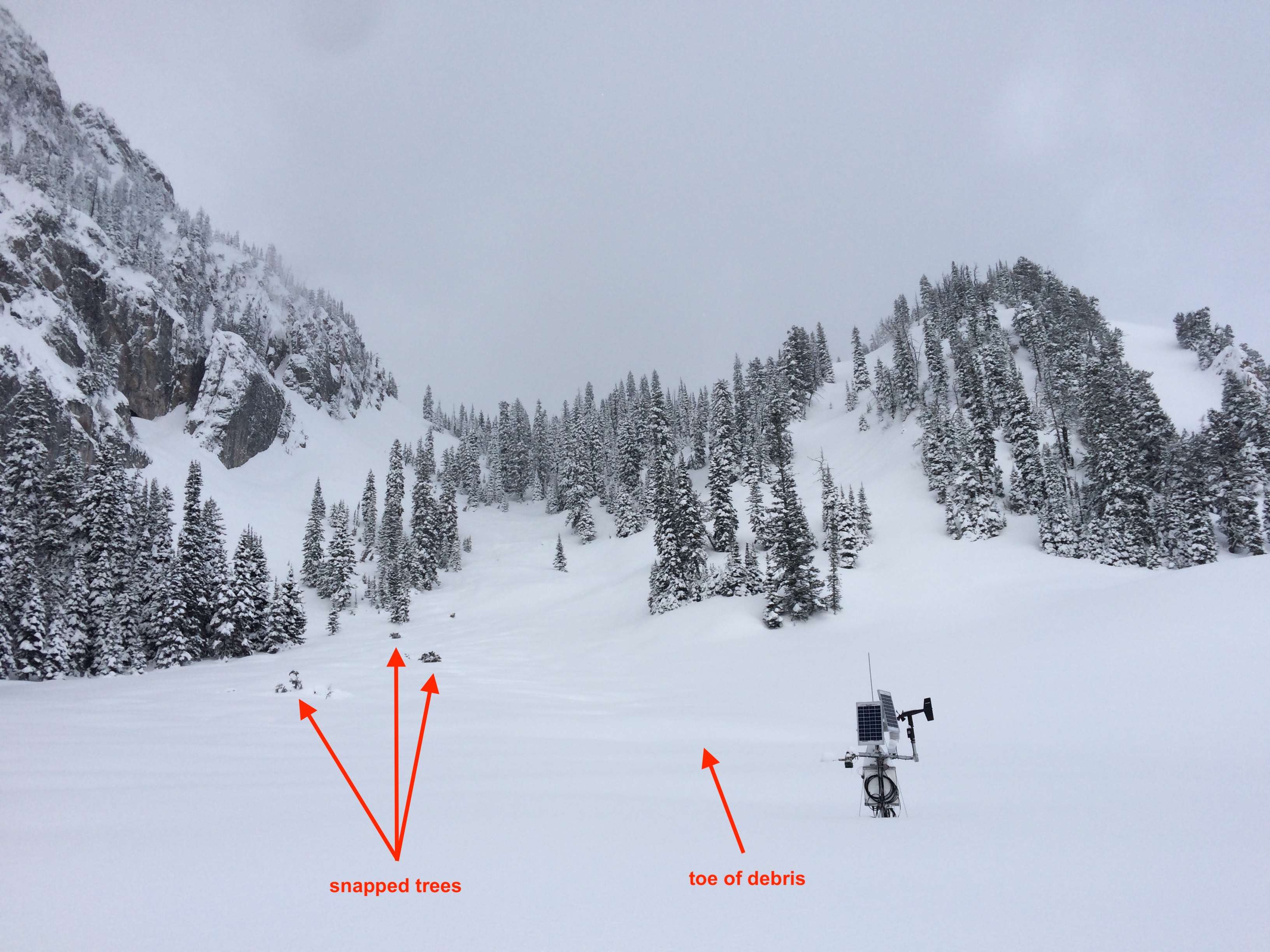 One large avalanche (photos attached) ripped mid-storm and deposited debris into the meadow to approximately 50m of the temporary WX station. Estimated as "SS-N-R3-D3-S” with multiple snapped trees in the debris (one 20’+ tall). Couldn’t get eyes on the whole crown, but it appeared to have ripped up near the ridge 3-4’ deep and cascaded over the cliffs triggering deeper avalanches in the aprons below before running well into the flats. A foot of new snow has covered the debris making it harder to clearly delineate its extent. Photo: Z Miller