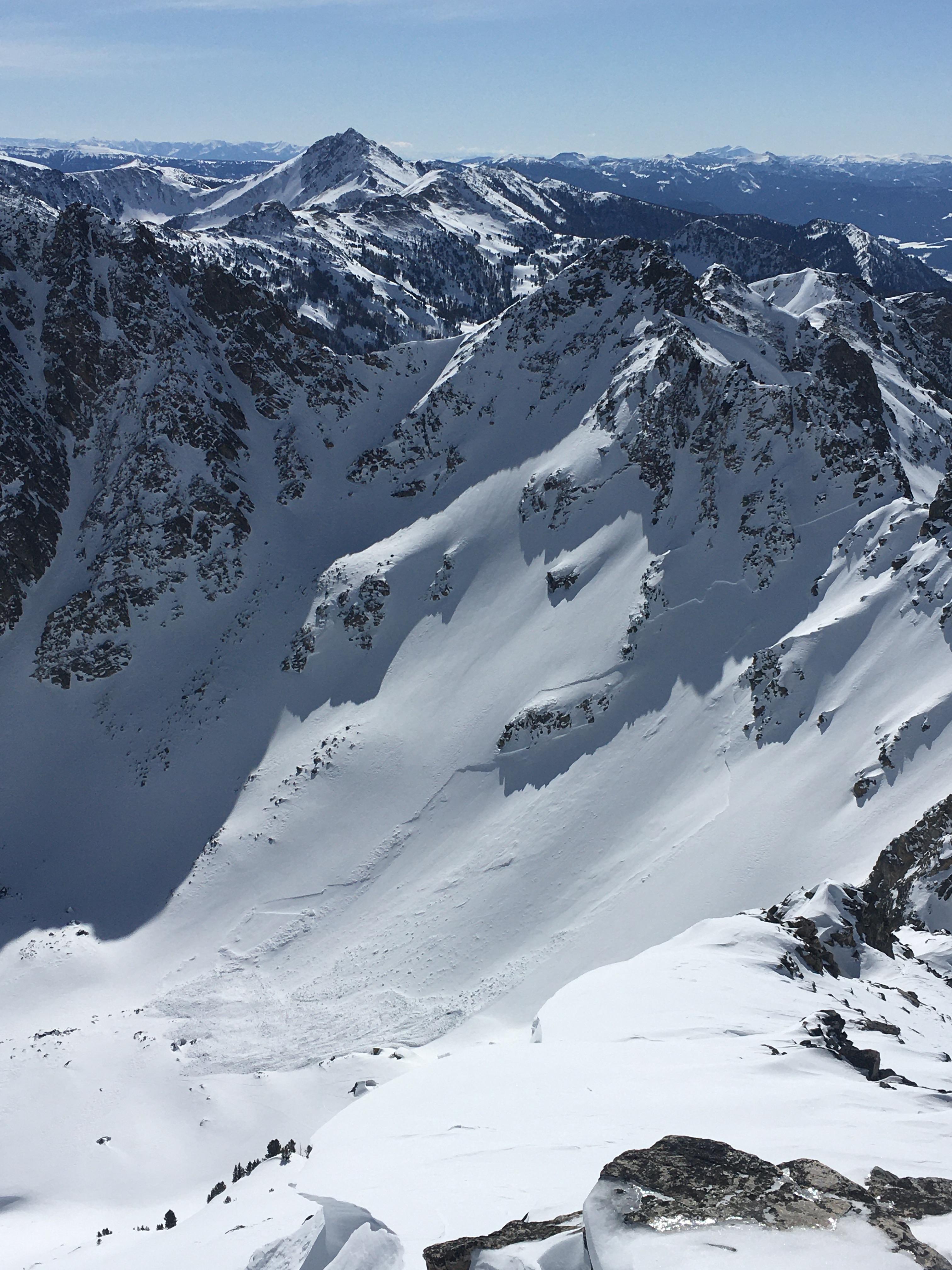 From obs (4/8/20): "My partner and I noticed this slide as we summited 10602 at approximately 10:30am, which is when I took the first photo and was able to capture the full runout. After our descent of the peak, we skinned back up to the slide to get a better look (the second photo). The slide appeared approximately a day old, with a crown 1-2 feet deep, on an almost directly north-facing aspect at 10200" elevation. It broke right along the rocks that had heated up in the sun, and was around 200-300 feet at its widest. We did not get close enough to determine which layer failed (suspected wind from the heavy wind-crust in the neighboring area), but the debris at the bottom indicated it was a wet slide." Photo: L. Ippolito