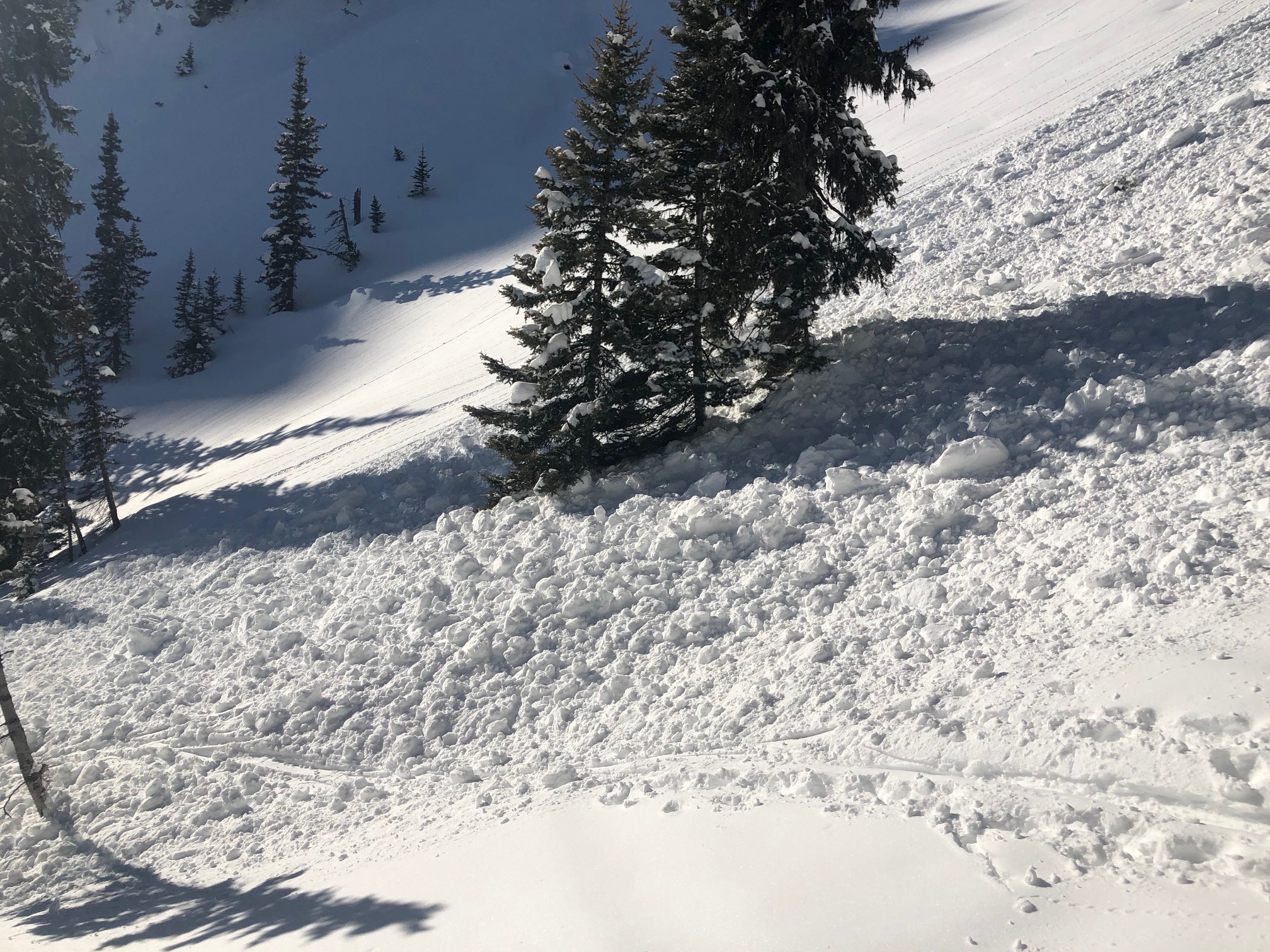 A skier was skinning uphill, breaking trail and triggered this avalanche on 1/19/20. They reported, " released a small pocket near texas meadow. Maybe 50 ft wide, 2 ft crown and ran 150 ft....I was not caught and nobody was buried or injured. I was skinning up at about 1130...I got to where it was steeper and as I reached thinner snow near rocks I felt a whump. I took one more step and the pocket released."