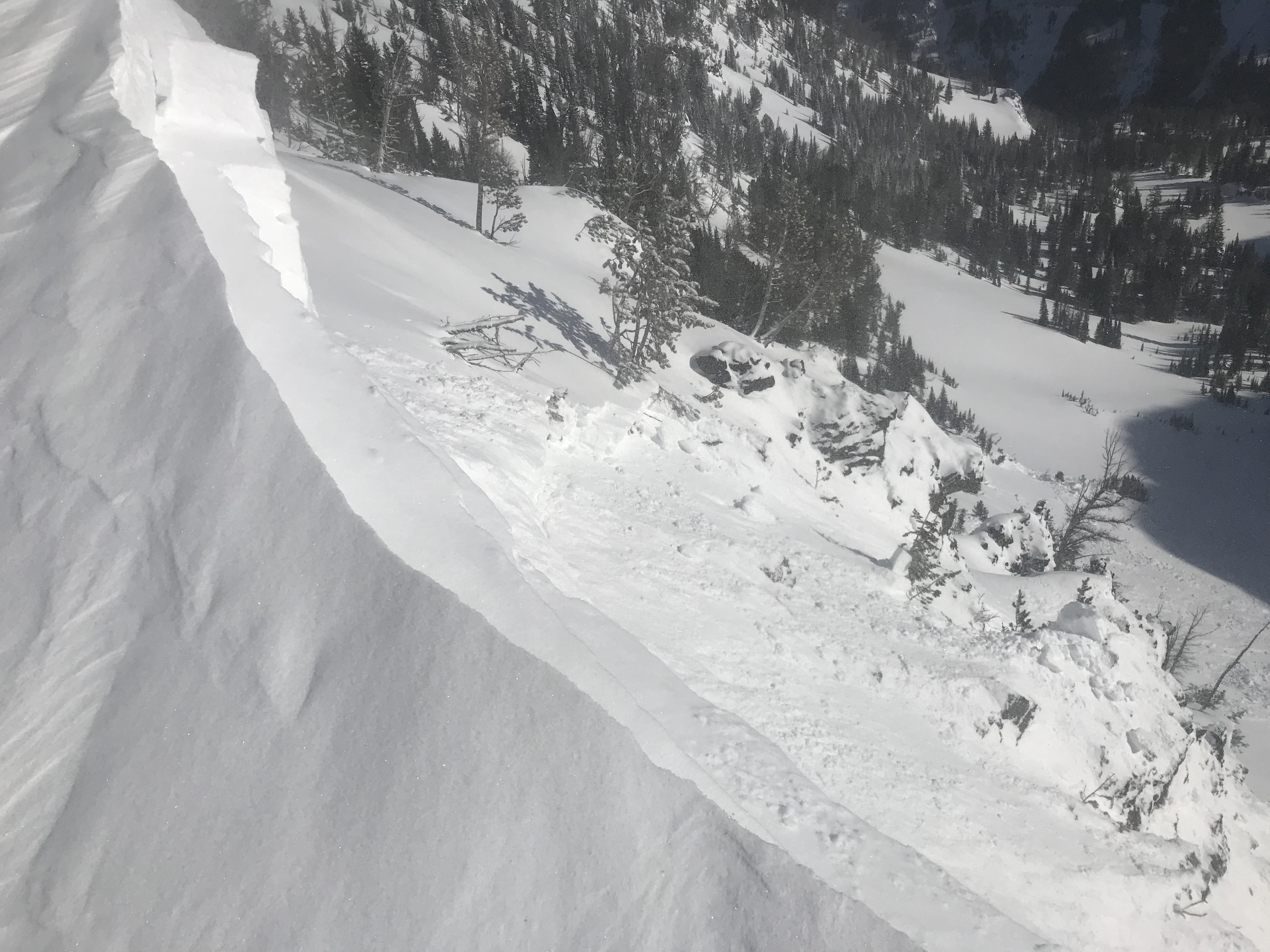 From obs: "There is a small east facing basin that’s between Divide Peak and Maid of the Mist Basin. While walking along the ridge that connects the two, my partner intentionally broke off a large piece of a cornice, which then triggered two substantially sized avalanches in the basin below. The first avalanche was directly beneath the collapsed cornice with a crown 6-12 inches deep and about 30 ft across. The second avalanche was triggered by the 1st avalanche and had a crown of similar depth but was substantially larger. It was hard to see as the crown travelled uphill and around a corner. The ascpet was E and SE, at the elevation of 9,600ft. The pictures I got are poor, but should give you an idea of the size." Photo: C. Kussmaul