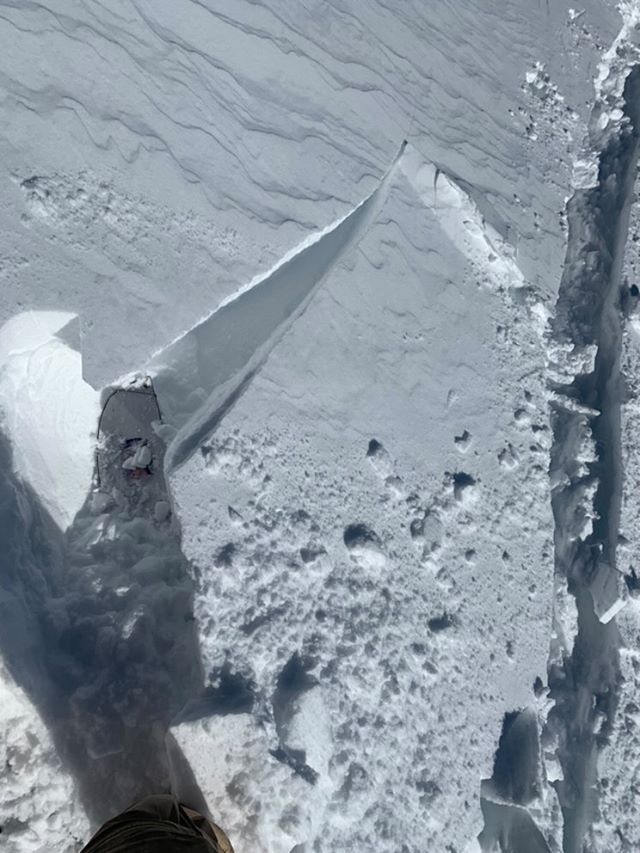 From IG message: Northern Bridgers is seeing a lot of avalanche hazard. Deep wind slabs where I was on Hardscrabble (SE aspect and NE). On my skin out I saw two avalanche crowns on the NE side of Pomp Pk. One had a party of two that triggered it and they were starting to descend away from avy terrain. Asked some other skiers up there what they saw and similar findings throughout the area. Dug one pit that showed facets on the ground covered by hard, icy snow with wind loaded snow on top of that. On my descent of Hardscrabble i picked my way thru the exposed rock and when I got into deeper snow it propagated about 60% of the time but did not slide really. Photo: D. Britt