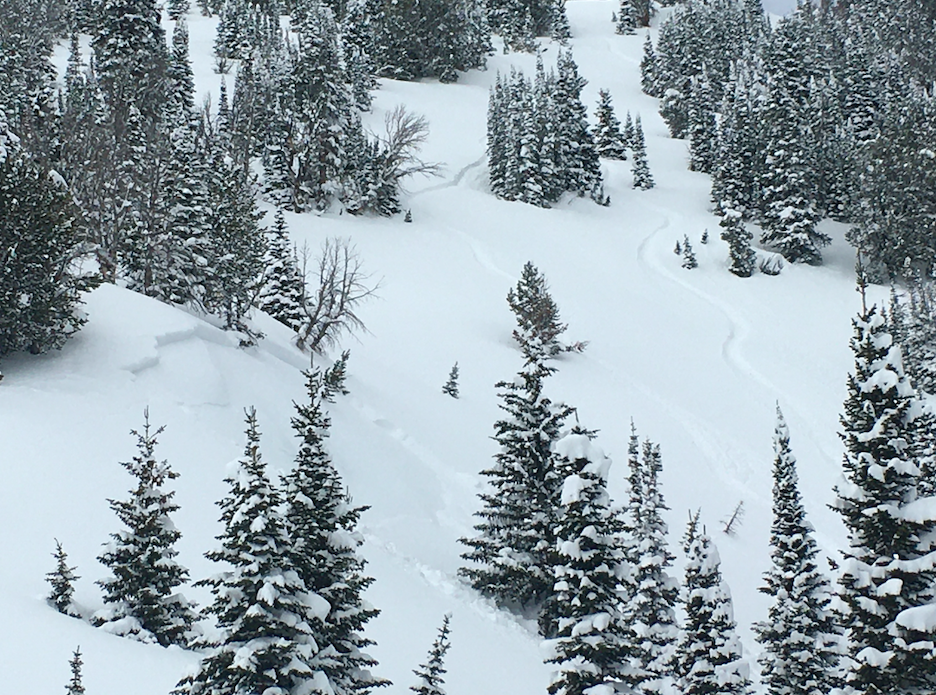 From obs: "Later in the day we ran across what we assume to be a remotely triggered avalanche from another party in the area. There were two sets of tracks on the adjacent slope with cracks visible on the slope. The avalanche occurred on a 40* east aspect at 9250' and failed on the MFcr/FC dn 35cm. We looked at the crown profile, and the structure was very similar to what we found on souths. 35cm of F->4F PP/DF overlaying MFcr/FC. We did an ECT on the crown and it failed on isolation. Skiing out the trail with better light than in the morning, we saw a number of similar avalanches confined to east aspects on steep 40*+ rolls and presumably failing on the persistent grains above the crust." Photo: E. Coba