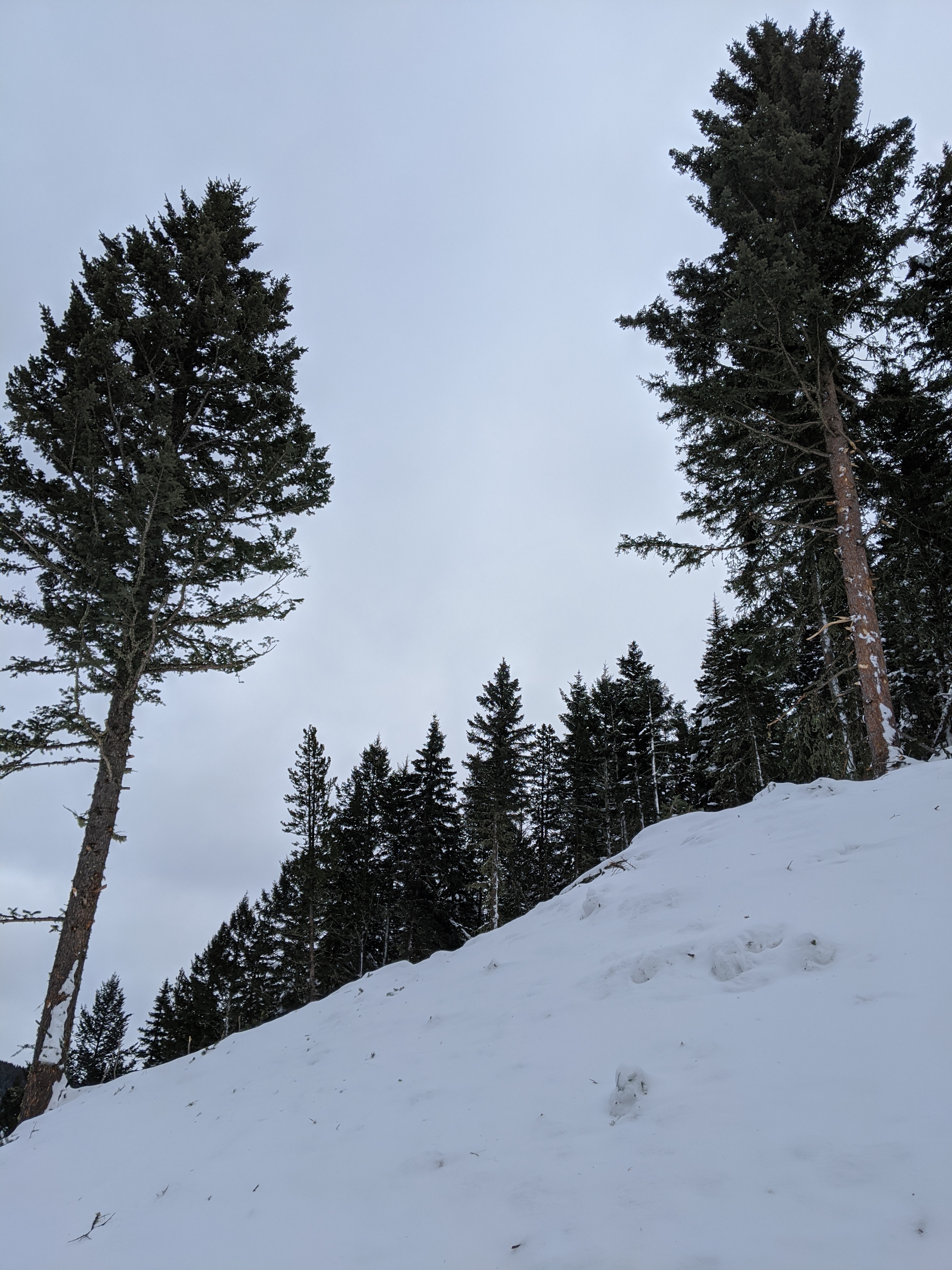 We skied Wheeler via South Cottonwood and found that the two gullies on the East and South East aspects had recently run in their entirety. We could only see the crown on the South East gully but it appeared to have broke on the steepest part of the slope near the top approximate 3-4ft deep and was the width of the gully. Both avalanches ran the full length and width of their gullies, breaking several trees along the way. The East debris pile was about 25ft deep and the South East was 15ft deep. The East rounded the corner into the ravine at the bottom and also ran about 200ft into the forest. A couple larger trees in the path that were not broken had their branches stripped off the bottom 30ft. Interestingly, the narrow meadow between the South East gully and the South East meadow you recently reported slides on has not slid. Also, we had no propagation or collapsing in our pits. Photo: Alan Cleary