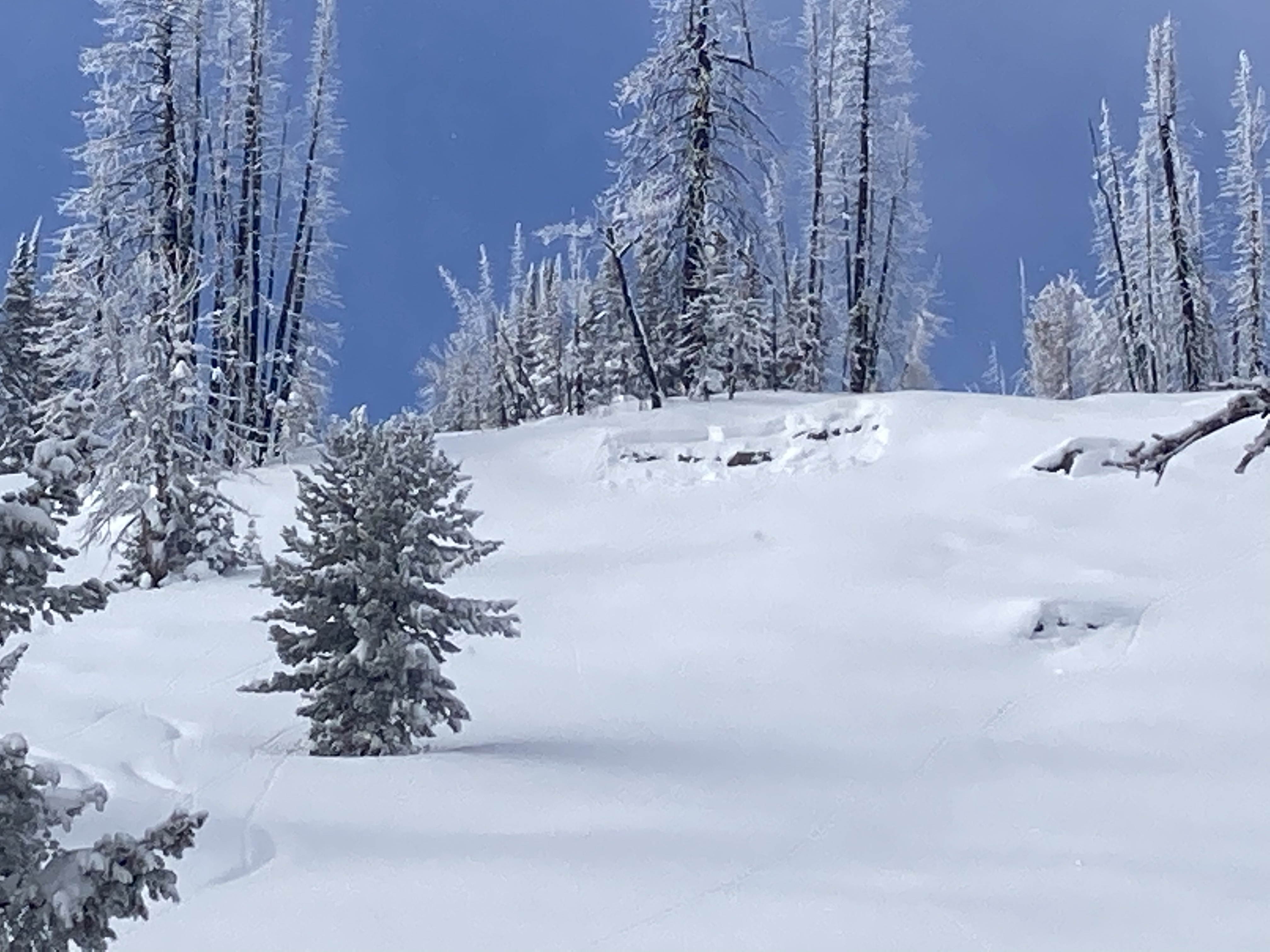 From email: "...I found a small piece of this mostly low angle slope to have avalanched, probably from a day or two ago, a handful of older tracks were near it. I measure most of this slope around 26-28 degrees... This is on the farthest south part of the top meadow. An epic amount of whumphs up there, I stopped counting after I got to 10 on my second switch back. Our best one knocked snow out of a tree 100’ away. It feels like remote triggering is a very real possibility. Skies were more overcast than expected. While it never went blue, the sun poked out a little in the afternoon. Cold temps, 0F in the AM, warmed to 24F in the PM. 5-6mm surface hoar everywhere,..." Photo: S. Jonas