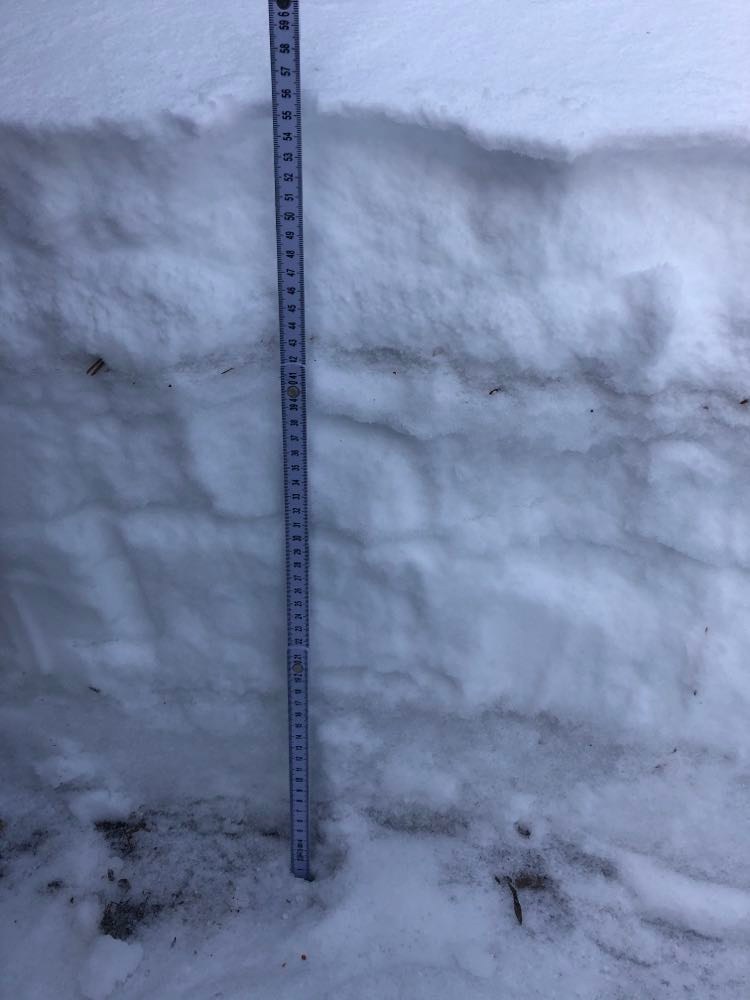 From an obsevation: Skied up towards Arrowhead Bowl from Fairy Lake road. Snowpack is still very thin in the trees as you ascend towards the ridge. Strong westerly winds and exposed rocks deterred us from skiing the bowl itself. Down low we found variable conditions ranging from a few cm of graupel to a few cm of windboard and ice in places. We dug a pit at 8140 feet, 143º SE. The snowpack is 55 cm deep with a very distinct knife hard crust layer from 0-20cm above the ground, we were thinking that could be due to a rain on snow event that fell on top of the October snow. There is also a distinct knife crust 40 cm above the ground with new snow/wind blown snow on top of that. Weather today was mostly clear with a few scattered clouds and consistent winds, with very strong gusts from the west. Photo: H. Darby