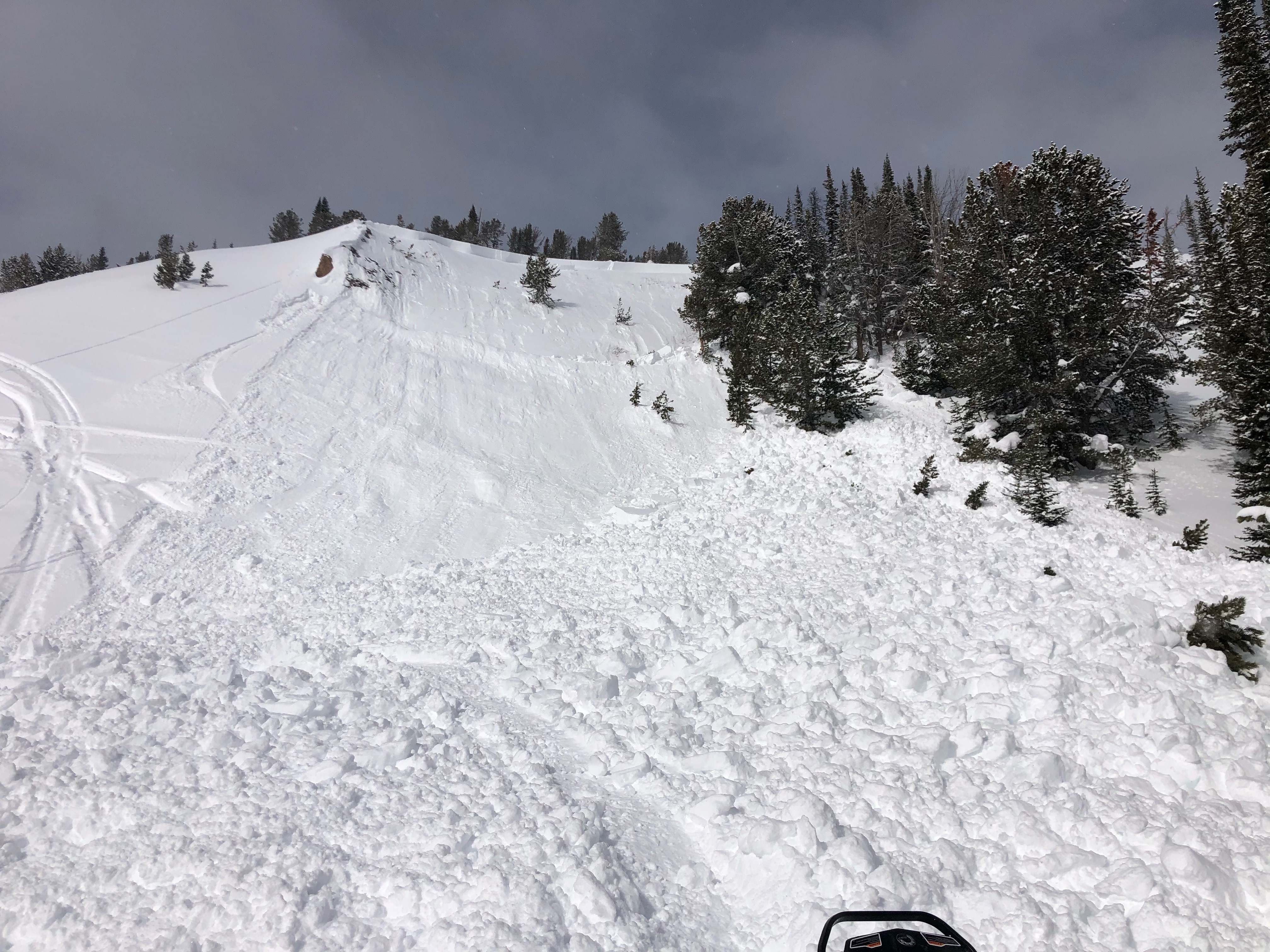 Sled Skiing in Third Yellow mule... after an air onto the slope the impact from landing resulted in a fracture and failure to / near the ground... in addition, a remote trigger occurred on adjacent slope... 200-300 ft to the skiers right. No body was caught in either slide. Skier that initiated failure was moving at high speed and was beyond slide path before majority of snow movement began. Photo: W. Miller