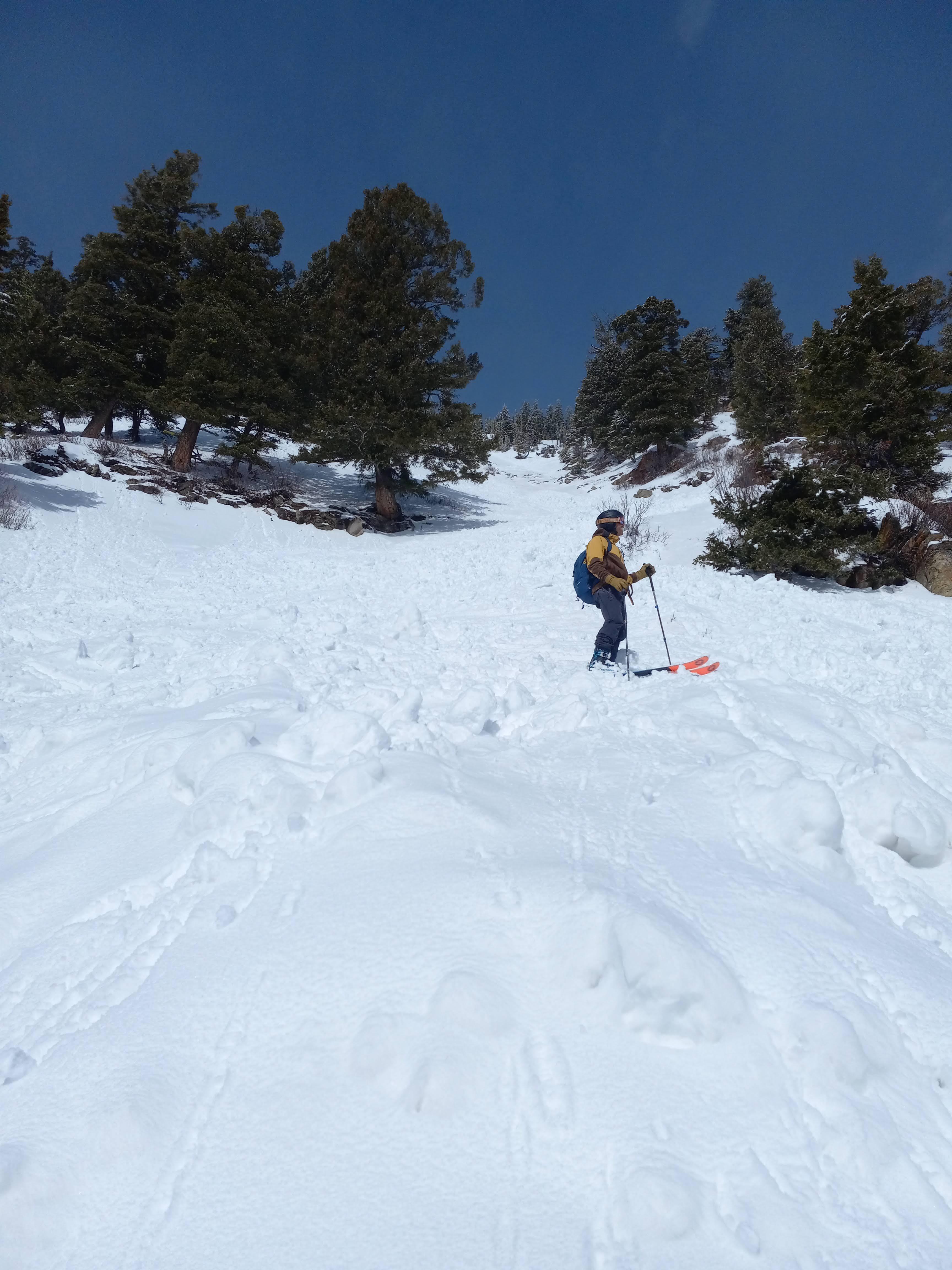 From 4/30/22: "...there were several wet loose avalanches at Bridger today. Some with ~5cm of snow on top, maybe from yesterday or earlier in the week, and some new this morning. We watched a relatively slow moving natural size 2 come down Colter's area around 10:30. We also ski cut a size 1.5 from the skiers right of the Lower Nose (NE asp) around 9:45 which ran on the melt freeze crust from earlier this week. It moved slowly but I was surprised by how much mass it entrained. A couple other ski cuts just above had produced smaller size 1s. The debris stopped on top of an older debris pile which was significantly larger and had run significantly further. (You can kind of see the difference in the photo). There was also widespread roller balling and pinwheeling on all aspects and elevations. Note - sizes are D sizes..." Photo: N. de Leeuw