Today, at around 11am, my partner preformed a ski cut on the top of a gully. The area he cut was south facing and in direct sunlight. The slough from his cut gained momentum and formed a small avalanche that went down the entire gully and apron, taking all of the previous days snow with it. The avalanche went on the old snow sun-crust, and new snow interface. We ascended from the back and found very stable results in both our pits, although they were both high and north facing. No one was caught or injured.

I had already skied down part of the slope in another gully, that was entirely shaded, and produced no snow movement. 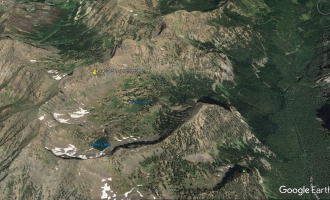