From an email: "Small cross loaded slopes were easy to trigger. None were very large, but I did kick off numerous small windslabs on multiple aspects. Some large cornices were starting to detach from ridges along Mt. Bole and in the Maid of the Mist area. Numerous had fallen recently and created sizable debris piles. Attached is a picture of one of the cross-loaded ribs that I triggered while skinning by." 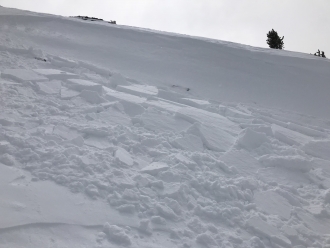 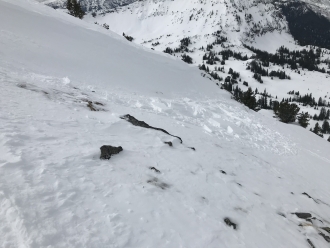