Large explosive triggered, and naturals on road cuts, at Y.C.

From YCSP: "We’ve had more snow and SWE in the past 5 days than we had in all of January. Avalanche mitigation today produced avalanches running full path at the new snow/old snow interface for most of our paths.... Some of our lower ridge avalanche terrain climaxed for the 2nd time this season. Our first round of mitigation got a few paths to climax, but the teams didn’t feel confident with the initial results.... They went back out with more explosives and were able to produce an avalanche that ran 400’ wide, with a 6-10’ crown, running close to the ground. This is wind loaded terrain. It’s also perhaps the largest crown I’ve seen on these paths and one of the few times I’ve seen it climax more than once.

I took a drive at the end of the day and captured a few photos of road cuts at the YC that slid today." 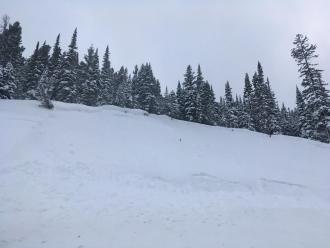 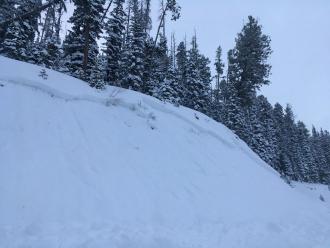 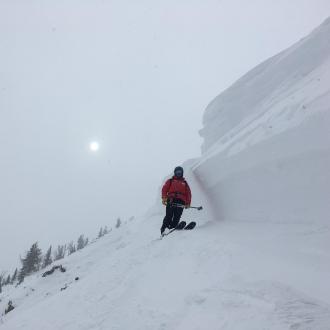