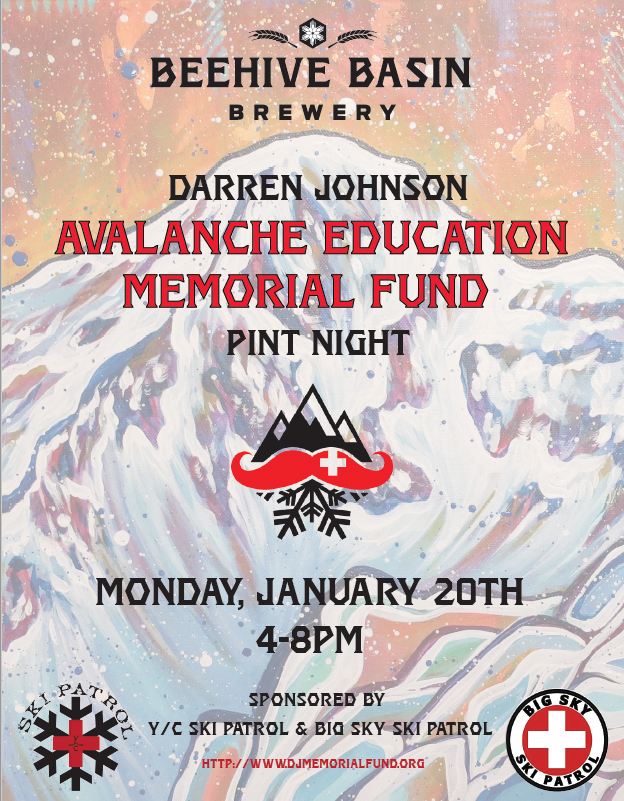 January 20th from 4-8pm at Beehive Basin Brewery, join the YC and Big Sky Ski Patrols to support the Darren Johnson memorial fund. Darren was a ski patroller at the Yellowstone Club who was killed in an avalanche on January 19th, 2016. The memorial fund gives scholarships to send patrollers to the National Avalanche School.