Good Morning. This is Alex Marienthal with the Gallatin National Forest Avalanche Forecast on Monday, January 20th at 7:00 a.m. Today’s forecast is dedicated to Tyler Stetson. Tyler was killed in an avalanche in Beehive Basin on this day twelve years ago. This forecast does not apply to operating ski areas.

Yesterday two deep avalanches were triggered by snowmobilers, one near Big Sky (details) and one in the Centennials (photo). A skier north of Bridger was surprised by a smaller, but big enough avalanche (details). This was similar to a snowmobile triggered slide in Taylor Fork on Saturday (photo). Many recent human triggered avalanches were very big, measuring up to 7 to 15 feet deep. They would kill you if you ended up on the wrong side, luckily nobody has.

Over the weekend there were seven avalanches triggered by skiers and snowmobilers, six were unexpected or “close calls” (avalanche log). In addition, we saw natural avalanches in the Bridger Range (photo) and got reports of collapsing from Taylor Fork and the west side of the Bridgers (details). Yesterday at Lionhead, Dave and I saw a large natural cornice triggered avalanche that broke after a few inches of new snow fell yesterday morning (video, photo).

Avoid heavily wind loaded slopes. These are where you can trigger a large avalanche. In Doug’s video from the crown of a recent snowmobiler triggered slide near Cooke City he explains how triggering a huge avalanche is possible on these slopes, where snow depth varies from inches to several feet.

Buried persistent weak layers have been steadily loaded by snow and wind since the start of 2020. Large avalanches are getting more difficult to trigger with less snow the last few days, but recent activity is a warning that weak layers are not stable. Dave and I discussed this “scary moderate danger” in this video made during our drive yesterday. If you plan to cross or ride on steep slopes carefully assess the snowpack for buried weak layers or fresh wind slabs. Large avalanches are possible to trigger with severe consequences and avalanche danger is MODERATE.

If you get out, please send us your observations no matter how brief. You can fill out an observation form, email us (mtavalanche@gmail.com), leave a VM at 406-587-6984, or Instagram (#gnfacobs). Ride safe and have fun.

In the last week there were five avalanche fatalities in the U.S., in Oregon, Idaho, Utah, California and Colorado. Their have been 12 avalanche fatalities this season (More info). We are deeply saddened by each of these events. Their frequency is typical this time of year and we lose sleep over preventing more. Throughout the western U.S. the snowpack has buried weak layers that have been overloaded by storms since the start of 2020. Ride safe. 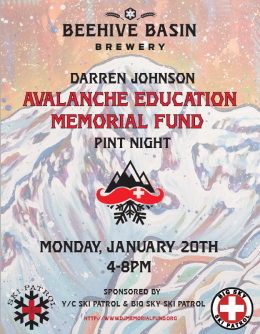 Tonight from 4-8pm at Beehive Basin Brewery, join the YC and Big Sky Ski Patrols to support the Darren Johnson memorial fund. Darren was a ski patroller at the Yellowstone Club who was killed in an avalanche on January 19th, 2016. The memorial fund gives scholarships for patrollers to attend the National Avalanche School.

Avalanches at Lionhead: It didn't take much - 19 January 2020
"It's going to kill you...", Cooke City, 18 Jan
Snowmobile triggered near Reas Peak 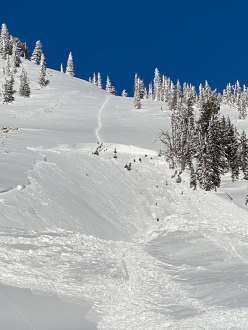 Snowmobiler triggered avalanche near Reas Peak on Sunday, 1/19/20. He was able to ride through 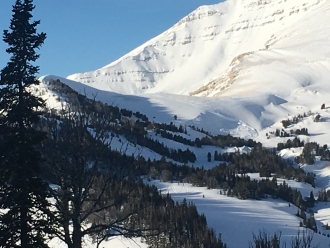 From obs: "I was on the west side of Pioneer Mtn digging a pit for 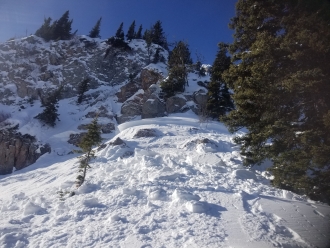 A skier was skinning uphill, breaking trail and triggered this avalanche on 1/19/20. They reported, " released 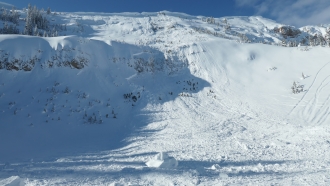 With only 3" of new snow overnight, a cornice triggered a large avalanche at Lionhead 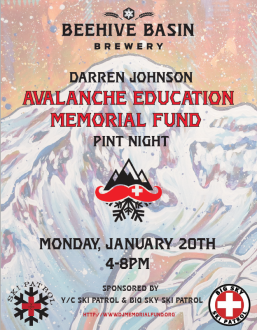