Good morning. This is Ian Hoyer with the Gallatin National Forest Avalanche Forecast on Friday, March 11th at 7:15 a.m. This information is sponsored by Blitz Motorsports and Yamaha and Gallatin County Sheriff Search and Rescue. This forecast does not apply to operating ski areas.

There is no new snow to report this morning. Temperatures are in the single digits F. Winds are blowing 15-20 mph out of the west with gusts of 25-35 mph. Winds will increase slightly out of the west to southwest this afternoon. Skies will be partly cloudy with high temperatures in the teens and 20s F. A trace to two inches of snow are possible tonight.

Avalanches breaking in wind drifts are the primary concern today. Yesterday, several groups of skiers on Mt. Blackmore found touchy wind slabs that were easily triggered (photo, photo). These slides broke around a foot deep and were only 10-20 ft wide, but ran up to 800 vertical feet. In many other areas winds had been calm since it snowed earlier in the week, but picked up to effective drifting speeds yesterday afternoon. Be on the lookout for fresh wind drifts where you could trigger similar slides. Cracks shooting out in front of your skis or snowmobile are clear signs that you’ve found an unstable drift.

On many slopes, underneath the new snow there is a weak layer that formed during our long January/February dry spell (Lionhead video). Yesterday in the Taylor Fork, Alex and I found that on some sunny slopes there is a crust on top of this weak layer, but the weak layer is still there (video). Avalanches on this weak layer will be wider, slightly deeper, and could break further above you on the slope, making them more dangerous. In places where it snowed less earlier this week and the wind hasn’t drifted the new snow, you will find many slopes where there still isn’t a substantial slab on top of this weak layer. Look out for cohesive slabs above this weak layer and carefully test the snowpack or avoid steep slopes if you find them. Triggering avalanches is possible and the avalanche danger is rated MODERATE today.

Near Cooke City, there are weak layers buried around 2 ft deep that you could trigger a slide on. The last reported slide on this weak layer was triggered by a snowmobiler last Sunday on the north side of Scotch Bonnet (video). The problematic weak layer-slab combination is widespread around Cooke City. It is getting harder to trigger one of these slides, but it remains possible (video). This sort of weak layer takes a long time to heal, so continue to be patient. Keep carefully considering the possibility of triggering a large slide before riding steep slopes. The avalanche danger is MODERATE today.

Here is an all-time favorite presentation on Decision-making in extreme situations. It was presented at a Professional Development Workshop in Bozeman in 2019. 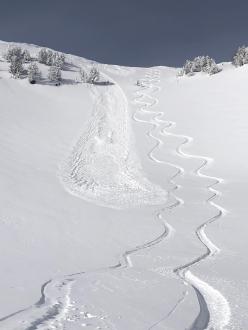 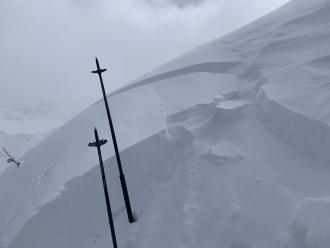 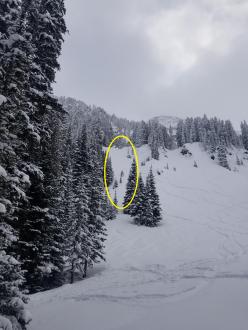